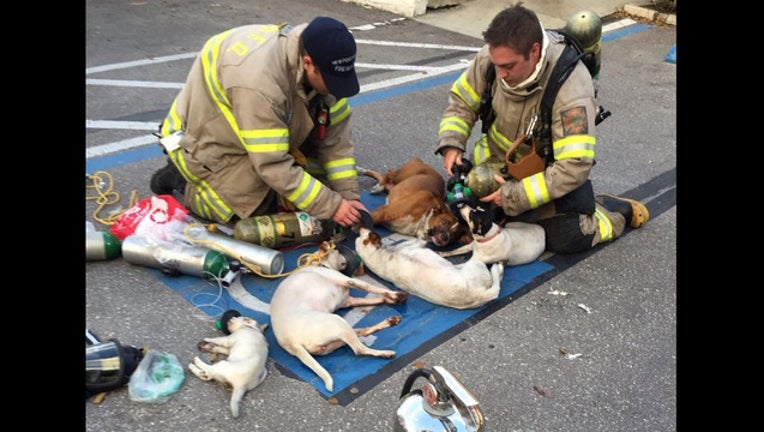 NEW PORT RICHEY (FOX 13) - A fire broke out at an apartment in New Port Richey and firefighters rescued at least five dogs.

In a photo posted on the New Port Richey Fire Department's Facebook page March 14, firefighters Rustin Hammes and Alex Hardman are shown giving the pups a little oxygen and TLC.

Firefighters said no one was home when the fire broke out and firefighters rescued the dogs from inside.

The flames were put out and all the pups were OK, seen in a second photo walking around and feeling better.

Sadly, though, they did not all survive.

"Unfortunately even after we successfully resuscitated all five of these dogs, the tiny puppy and both parents did not make it. The vet is hopeful that the remaining two larger dogs will recover," a subsequent Facebook post stated.  "We send them our best wishes and hopes for a full recovery."