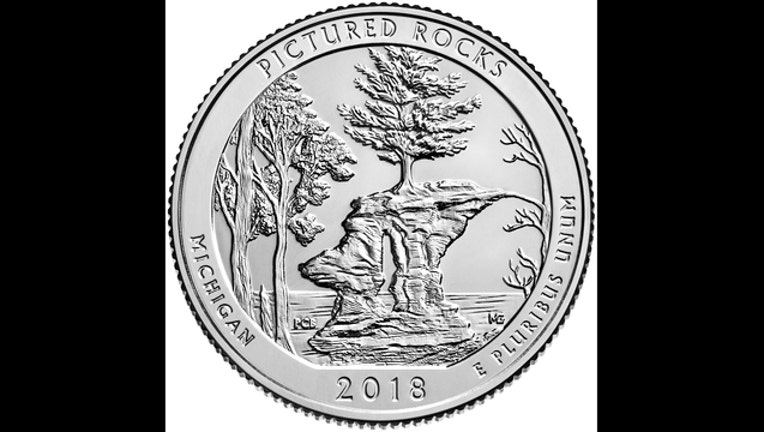 (WJBK) - The beauty of the Mitten is finally getting the recognition it deserves.

As part of the America the Beautiful Quarters Program, coins featuring an image of Pictured Rocks National Lakeshore will be released this February. The quarter, unveiled back in August, specifically feature Chapel Rock in Lake Superior.

This is the first time a Michigan landmark was selected since the quarters program began in 2010. Selecting five landmarks each year, 35 other national sites have graced the quarter in the last 8 years. The program ends in 2021.

The other 2018 landmarks included:

The name Pictured Rocks comes from the mineral stain on the rocks, including iron (red and orange), limonite (white), manganese (brown and black) and copper (blue and green), according to the National Parks Service.