DETROIT (FOX 2) - Michigan State Police troopers saved a man who was trapped inside his burning truck after he suffered a medical emergency while driving on I-94 Tuesday morning.

The fire happened around 6:15 Tuesday as the driver was headed east on I-94 near Haggerty. MSP said the truck was pulling a boat when the boat separated from the trailer. The fire started and the driver had pulled over to the side of the highway.

MSP troopers rescue a driver who was trapped in his truck when a fire started after he suffered a medical emergency.

By the time a trooper arrived, the fire was raging and the 63-year-old man sitting in the driver's seat was unconscious.

The troopers tried to break out the front passenger window but MSP said the tint on the front windows was too thick to shatter the glass and a trooper had to use his hands to push the window in.

Another trooper then pulled the driver from the truck and an ambulance arrived to treat the man for low blood sugar.

According to police, the fire was started when the driver's foot was stuck on the gas, causing the tires to catch fire and spread to the boat, trailer, and car.

MSP said the trooper had cuts to his arms and hands and was treated at the scene. 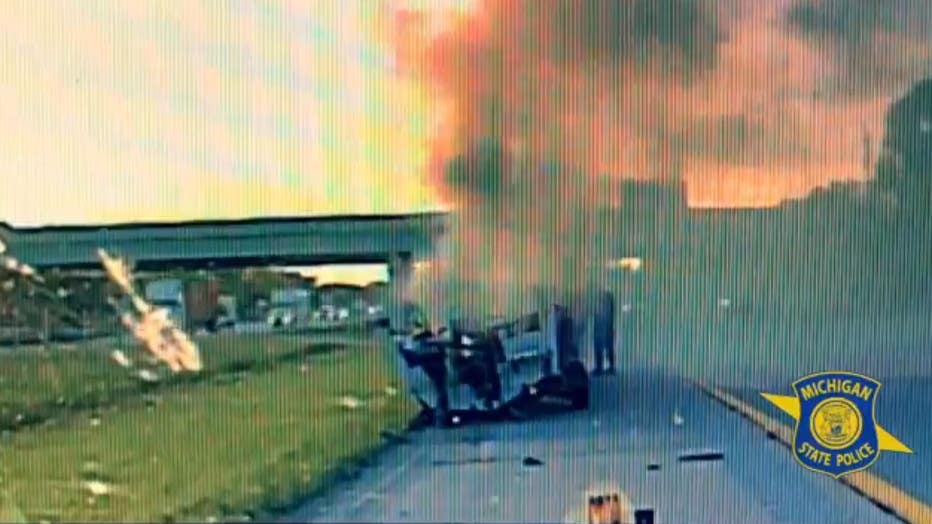