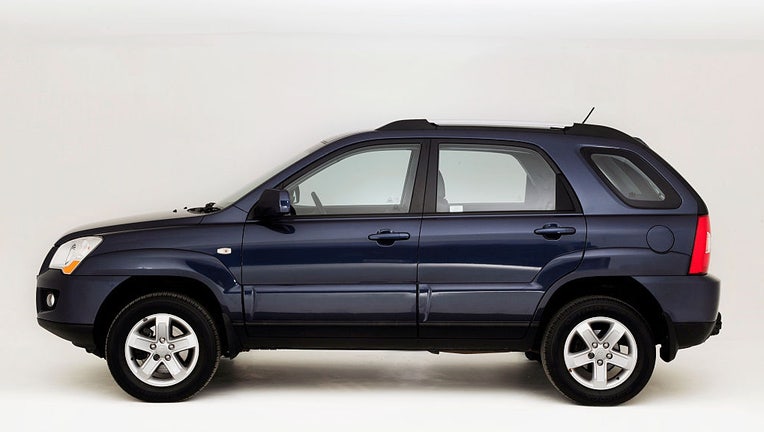 Kia is telling owners of nearly 72,000 older Sportage small SUVs in the U.S. to park them outdoors and away from structures after getting reports of more engine fires.

It's the second time that Sportages from the 2008 and 2009 model years have been recalled due to fire risks that apparently can start near a hydraulic engine control device.

RELATED: Hyundai, Kia recall: Some SUV owners urged to park outside due to fire risk

Documents posted Wednesday by the National Highway Traffic Safety Administration (NHTSA) say fires can start while the engines are running or when they're turned off.

The SUVs were recalled in 2016 due to corrosion in a wiring harness near the engine control unit.

The Korean automaker says it has reports of eight fires and 15 cases of melting or damage since April of 2017. No injuries were reported.

RELATED: Kia recalls 410,000 vehicles over faulty airbags that may not deploy

The company says owners should park outside and away from structures and other vehicles until it figures out the cause of the fires and develops a remedy.