SOUTHFIELD, Mich. (FOX 2) - Five years ago, a college student who was home for the holidays was shot and killed in Detroit. Half a decade later, police are no closer to solving the crime and arresting the person responsible.

Christina Samuel was killed in December 2014, just days before Christmas and fresh out of college with plans to go to law school. She was supposed to start in January 2015 but she was shot and killed while sitting in a car outside her friend's house on Carlisle Street.

Five years since Christina Samuel was murdered, there are still no suspects in custody

On Christmas Eve 2014, Christina Samuel was sitting on a car 8 Mile when she was shot and killed. Police believe the man she was with was the intended target but there are still no suspects charged in her death.

For the past five years, community, mourners, Crimestoppers, and police have worked to try and solve the case. But five years later, the answers remain elusive.

Still no answers one year after Christina Samuel's murder

Christina Samuel’s father Christopher spoke with Fox 2 Saturday night about the loss of his daughter and says Christina was shot late Christmas Eve of 2014 and died very early Christmas Day.

Christina was sitting in her vehicle on Carlisle not far from East 8 Mile when two men drove up in a black Nissan Altima and started shooting, killing her. The 24-year-old man also sitting in the car was struck, but not fatally.

Her father, Christopher, said a man she was with that night is believed to have been the shooter’s intended target.

“We know that there was a gentleman that joined her that night, that someone was looking for, which brought the trouble to her,” Christopher said. “I talked to detectives (Friday) and he enlightened me that the gentleman that was in the car with her came into the station but he had his lawyer with him and he refused to still talk he has nothing further to give us.” 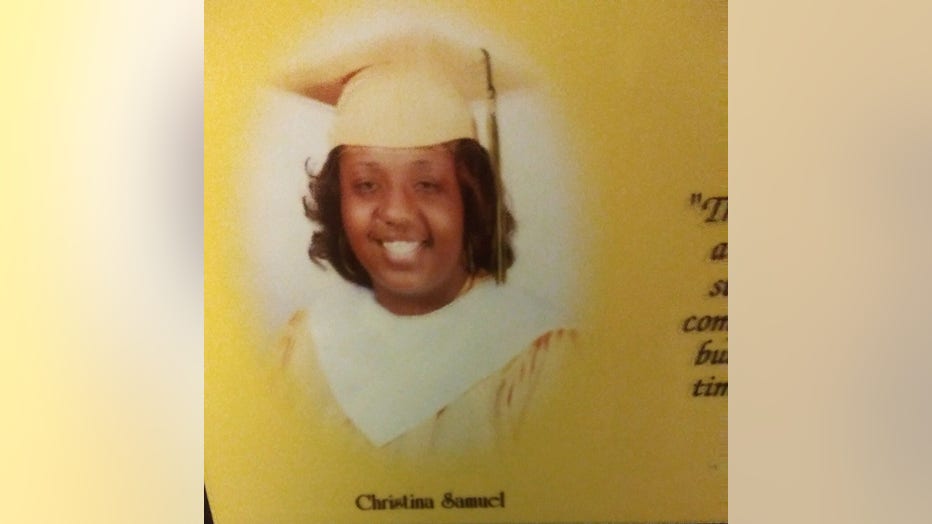 He said that his daughter was an innocent bystander who had her entire life ahead of her.

“My daughter had never had a fight, never argued with anyone. She was strictly about her schooling she was going to school and devoted herself to becoming a prominent lawyer,” Christopher said.

In the year after the 22-year-old’s murder, Christina’s mother passed away. Christopher said the pain was too much.

“That was her only child that was her baby. That was what she lived and glorified her life was her child,” Christopher said. “A lot of times it doesn’t hit anyone until it hits close to home. We get the same tragedies and no one’s willing to tell. If it was one of their family members they would want the same: justice.”

Her case has been linked to that of Paige Stalker, a 17-year-old from Grosse Pointe Farms who was killed just days later in the same area. Her case, too, remains unsolved.

Anyone with information about Christina's case should call Crime Stoppers at 1-800-SPEAK-UP. There is a $2,500 reward and you don't have to give your name.