First Step is Wayne County's shelter with transitional housing and services for all people experiencing domestic or sexual violence. It has a crisis hotline, programs for children, and even a place for pets for those people fleeing abusive situations.

FOX 2 - Naomi Skinner was killed Saturday morning at a Highland Park apartment complex. Prosecutors say her 26-year-old boyfriend, Michael Cortez Norris, shot her in the neck, dragged her body into the hallway - and fled.

Norris was arrested and charged in the 25-year-old's death. It is just the latest case of violence against a transgender woman of color.

"There has been a spike in domestic violence calls," said Julisa Abad. "A lot of people don't seek help for a number of reasons."

Abad is an LGBT victim advocate for Wayne County. She is concerned transgender people don't know where to turn for help - but she wants them to leave abusive situations - before it's too late.

"Unfortunately if it happens once, the statistics show that it's going to happen again and with time, it's going to get worse," Abad said.

Advocates say they've seen the severity of violence in these domestic situations intensify during the pandemic.

"Much more lethal - much more reports of use of weapons," said Lori Kitchen-Buschel.

Buschel is the executive director at First Step - Wayne County's shelter with transitional housing and services for all people experiencing domestic or sexual violence. It has a crisis hotline, programs for children, and even a place for pets for those people fleeing abusive situations.

Buschel says First Step sees more than 7,000 survivors each year. She says their 24-hour crisis line is staffed with facilitators trained in safety planning and identifying the resources that are needed. That number is 734-722-6800.

"The only requirement for services at First Step, is that you identify as having faced domestic or sexual violence and we believe you," she said. "And we're here to remove barriers and help you."

"I just want people in my community to come forward," Abad said. "Know that there are shelters, allies, and places that are willing to help and are culturally competent when it comes to helping the trans community and LGBT people in Michigan." 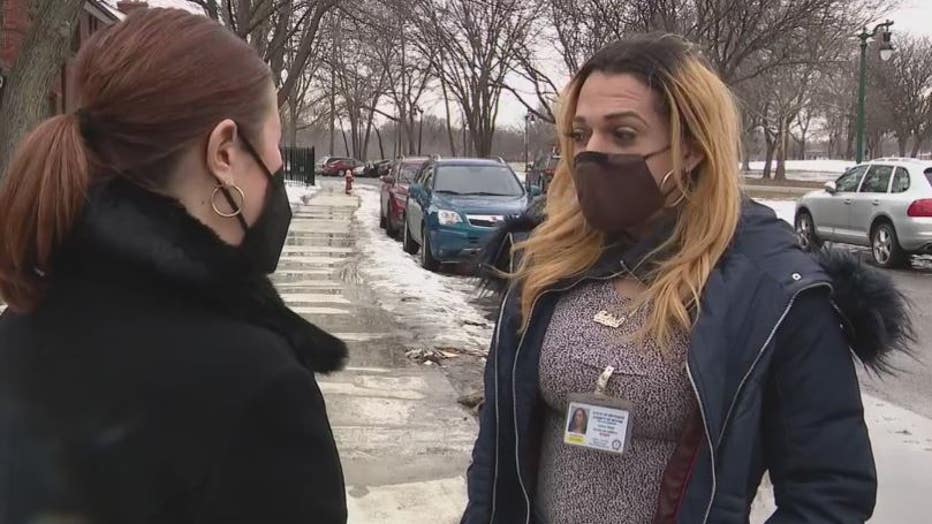