DETROIT (AP) - The Detroit Red Wings have hired Derek Lalonde to coach their rebuilding team, hoping the two-time Stanley Cup-winning assistant can make all the right moves to make the franchise relevant again.

Lalonde spent the past four years on Jon Cooper's staff with the Tampa Bay Lightning, a stretch that included championships in 2020 and '21 and, most recently, a third consecutive trip to the Stanley Cup Final.

"He has proven himself as an excellent coach at every level and has spent the last four seasons in the National Hockey League as part of a very successful program in Tampa Bay," general manager Steve Yzerman said in a statement. "We feel he is ready to take the next step in his career as the head coach of the Detroit Red Wings."

Yzerman was GM of the Lightning when he promoted Cooper to his first NHL head-coaching job in 2013. It's the first time an active assistant of Cooper's has jumped to a head job in the NHL. 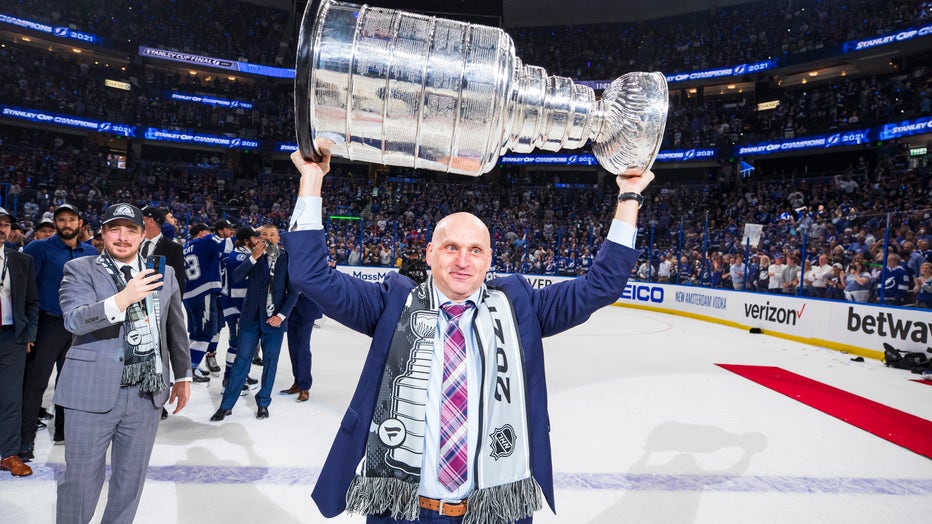 "I'm ready to get to work with our group," Lalonde said in a statement. "There's a very bright future ahead in Detroit."

Lalonde, 49, like Cooper won a United States Hockey League title with the Green Bay Gamblers. He coached in the ECHL and American Hockey League before joining the Lightning.

After a two-month search, Lalonde replaces Jeff Blashill, who did not have the team option on his contract picked up after seven seasons. Blashill had a .447 points percentage, the second-worst in the league over that time -- not counting the debut season of the expansion Seattle Kraken.

Yzerman didn't reveal much when he spoke to reporters early in the search, but he did say that being familiar with the new man in charge would be a plus.

"Derek has an impressive resume, particularly the work he's done with young players and prospects throughout his career," president and CEO Chris Ilitch said in a statement. "We're excited to have him leading the charge behind the Red Wings bench. I'd also like to commend Steve and his staff for conducting a very thorough and detailed search process"

Detroit has not earned a spot in the playoffs for six consecutive years after being in 25 straight postseasons and winning the Stanley Cup four times. But Lalonde does have some players potentially capable of leading a turnaround.

Veterans Dylan Larkin, Tyler Bertuzzi and Jakub Vrana are proven players up front, and Lucas Raymond, who was also a standout rookie last season, is a promising forward joining them in the lineup.

Calder Trophy winner Moritz Seider is set to anchor the defense for years to come, filling a void that has not been addressed since Nicklas Lidstrom retired a decade ago.

Yzerman, a Hall of Fame player with the Red Wings, has a hand-picked coach for the first time with the once-proud franchise he's leading.

After drafting and acquiring talent to turn Tampa Bay into a two-time champion and perennial contender, Yzerman has consistently said it will take time to make Detroit a winner again and has refused to put timelines on the rebuild.

Lalonde, as quickly as he can, will shoot to aim to address the Red Wings' shortcomings next season with relative stability after Blashill coached in recent years with job uncertainty. 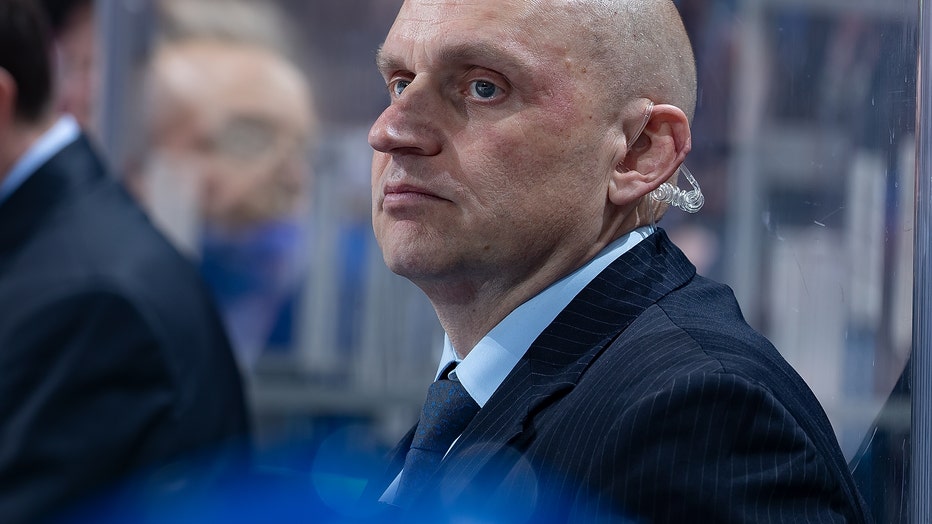 DETROIT, MI - MARCH 14: Assistant coach Derek Lalonde of the Tampa Bay Lightning watches the action from the bench during an NHL game against the Detroit Red Wings at Little Caesars Arena on March 14, 2019 in Detroit, Michigan. Tampa defeated Detroit