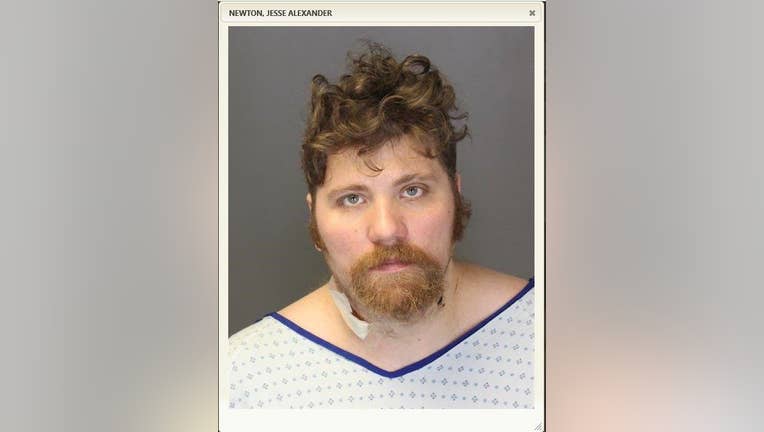 FOX 2 - A 31-year-old Redford Township man has been charged with sexual assault in a late night attack Dec. 18.

Jesse Newton is accused of assaulting a female friend on Dec. 18 in the area of 10 Mile Road, then becoming upset afterward and cutting himself with a knife before running off.

The suspect was reported in the area of Canfield Avenue located east of Middle Belt between Nine and Ten Mile Roads, where it is alleged Newton knocked on the front door of a residence.

When the resident answered the door, Newton entered the home, took a knife from the house and punched the male homeowner when he attempted to stop him from leaving. The suspect fled the home into a nearby wooded area.

Using drones and canine officers, police found him in a nearby community.

First-degree criminal sexual conduct can carry up to life in prison, if convicted.

He has been charged with:

• Assault with intent to do great bodily harm by strangulation

• Unauthorized driving away of an automobile.

First-degree criminal sexual conduct can carry up to life in prison, if convicted.