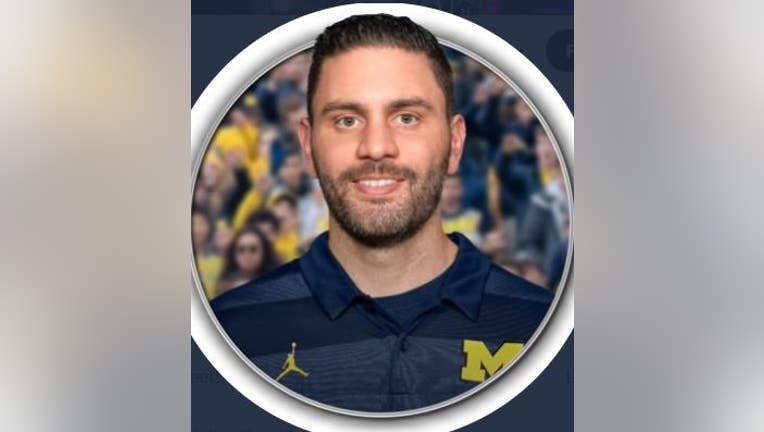 FOX 2 (WJBK) - Michigan co-offensive coordinator Matt Weiss is being investigated on a report of computer access crimes that are alleged to have happened in December, according to published reports.

Weiss is under investigation by the school's police department, which is alleged to have happened in Schembechler Hall, according to ESPN which first broke the story.

FOX 2 contacted U-M's football communications office, and a spokesman said "All we can share at this time is Matt Weiss is on leave."

University of Michigan Deputy Police Chief Crystal James did not name Weiss in a statement to FOX 2, but confirmed a case of computer access crimes is an active investigation.

"The University of Michigan Police Department (UMPD) is investigating a report of computer access crimes that occurred at Schembechler Hall during December 21-23, 2022. Since this is an ongoing investigation, there is no additional information to share."

No other details were provided.

In a statement to ESPN, Weiss said:

"I am aware of the ongoing investigation by the University of Michigan Police Department and fully cooperating with investigators. I look forward to the matter being resolved. Out of respect for the integrity of the investigation, I will not have any further comment."