FOX 2 - In November, a South Lyon man who shows horses surrendered a world class championship horse on the brink of death.

The coveted Arabian breed was so bad; his skin was peeling off. The owner was never charged and allowed to keep three horses and rescue groups say, their health is dwindling.

Looking at the photos of the horses, you can see why Morgan, a horse rescuer, is so upset.

Looking at the photos of the horses, you can see why Morgan, a horse rescuer, is so upset. The horse that got surrendered to her rescue was once a world champion named Siraj. On a scale of 1-10 used to rate horse's health, Morgan says he was at 1.5 in November. He originally came from Egypt - one of the premiere horses in the world.

"Siraj's skin was peeling off from rain rot, ring worm, and all kinds of horrible disgusting things," Morgan said. "What was he worth? A few hundred thousand dollars."

Siraj was surrendered in November, by a South Lyon man that shows horses - he hasn't been charged.

"Other people have been charged why is he not being charged," she asked. "The case is Siraj we have all the facts."

And he was allowed to keep three other horses - deemed skinny by Livingston County Animal Control deputies, but not bad enough to force surrender.

"I've been doing this rescue stuff for eight or nine years, it gets to you after a while," she said. 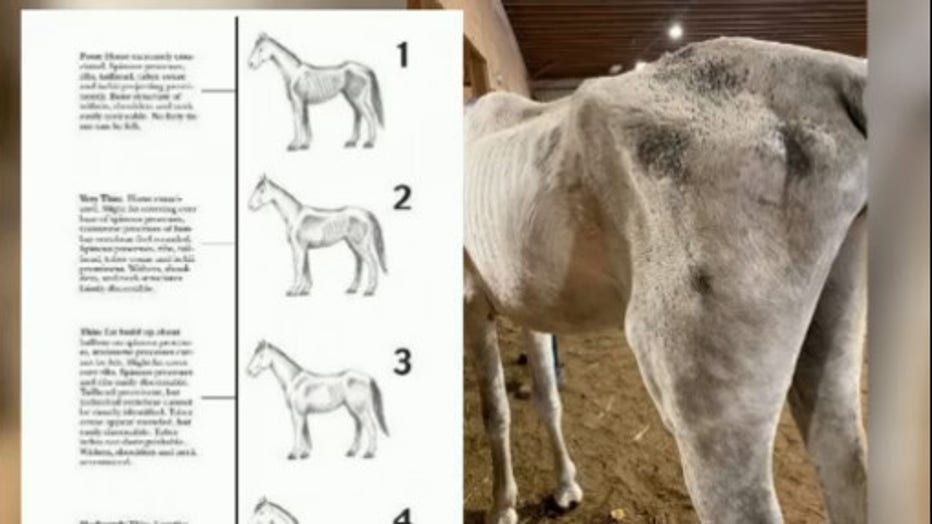 Animal Control deputies told us by phone they've entered an agreement with the horse handler including random checks, to monitor the three horses left. They said their health is improving.

But, Morgan isn't sure.

"These animals were between 2 and 3 just above emaciated, in poor condition," she said.

Deputies say - if the horse's health diminishes they'll take further action, and rescuers will be watching.

"It's the humans’ responsibility to take care of them," she said. 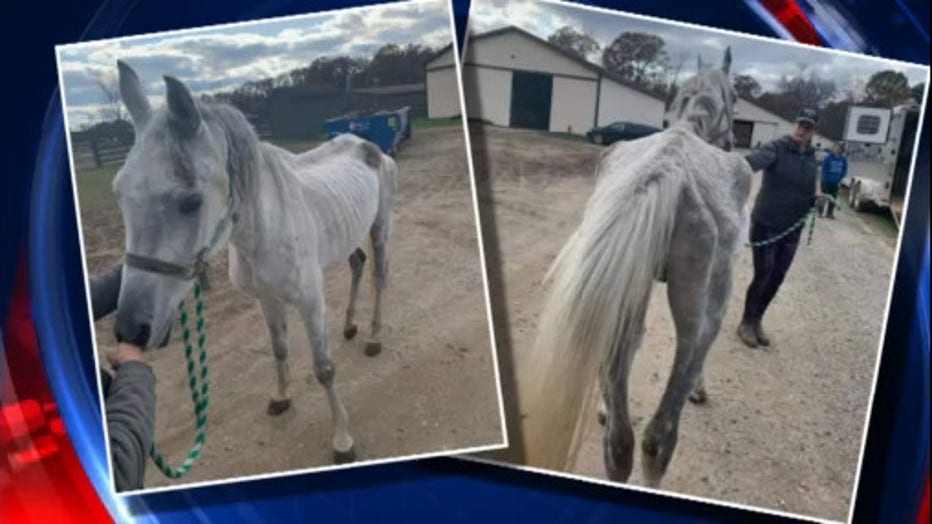