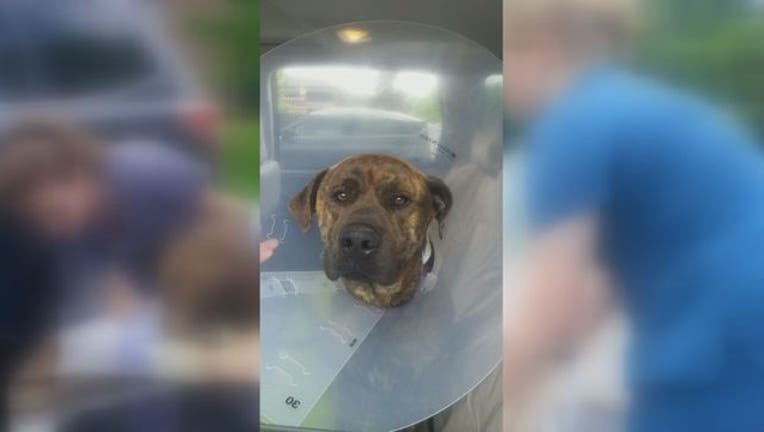 HIGHLAND PARK, Mich. (WJBK) - Two dogs have been shot in Highland Park within the last couple of days and a local rescue offering a reward for information in the cases.

Highland Park police initially thought Muhammad Ali, named after the late, great boxer, had been hit by a car, but further examination revealed a gunshot wound to the chest.

He was turned over to Highland Park, rushed to the vet and is awaiting surgery to remove the bullet lodged inside of him.

Kristina Rinaldi, executive director of Detroit Dog Rescue, said another dog was shot a couple of days ago in Highland Park when his owner left him chained up outside a party store.

The dog survived. It's not clear if the two shootings are related.

Anyone with information is asked to contact Highland Park police or Detroit Dog Rescue. There is a $1,000 reward for information leading to a conviction.