FERNDALE, Mich. (FOX 2) - Gene Simmons, Alice Cooper, Mick Jagger - they're (at least) 70 years young, yet these aging rock stars will be dominating the live concert series in Michigan this summer. Why?

"Kids now are learning the old guys are the ones who started the rock 'n' roll," said Ray Hayosh, owner of Found Sound in Ferndale.

It will be a classic rock star-filled summer this year

Despite their aging skin and straining joints, the rock stars of old do not seem to be going away. In fact, plenty of them are touring this summer in Michigan. Why?

It may be artists like Billie Eilish and Ariana Grande who continue producing new music, but it's the oldies that never seem to fade from the music landscape.

"Have you seen him (Mick Jagger) perform the last year or two? He looks like he's 34 again. He's fantastic," said Jim "JJ" Johnson, a DJ at 104.3 WOMC 3. "They haven't had a hit song in 30 years either, but they have an act, they have a schtick and people still like the schtick."

Eilish swept much of the Grammy gold and media headlines this award season - indicating another star reaching mainstream status in an already crowded industry.

But before there was Eilish, there was Kiss. Do more contemporary artists have their rocking pioneers to thank for their newfound popularity?

"All those guys took something from Vaudeville - everything can be traced back to something else," Hayosh said.

If roots in rock stem from Vaudeville, then they trace all the way back to the 1900s. And since then, there have been some changes. We've gone through 8 tracks and records are only just making a comeback in their own nostalgic sort of way. But so are the bands that originally recorded on those records.

The Rolling Stones, Alice Cooper, Kiss, Elton John, Steely Dan, Journey, and so many others will be in concert this year. 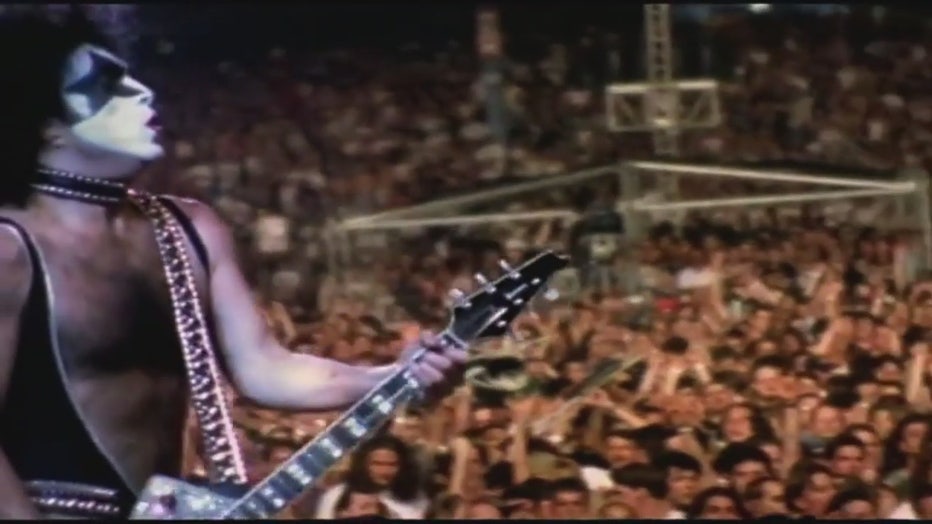 But can the old-timers compete with their more contemporary halves?