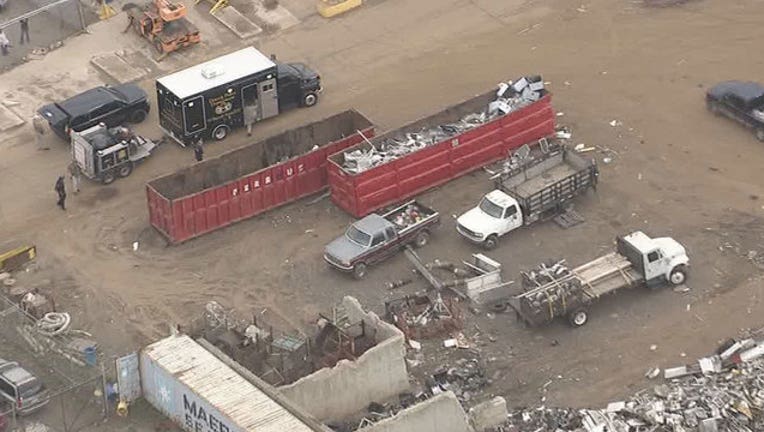 DETROIT (WJBK) - Authorities say a rocket-propelled grenade found at a scrapyard in Detroit is an old training device.

Officials were on the scene at a scrapyard at Lonyo Avenue and John Kronk Street Wednesday morning after employees reported finding the device to police. .

The Detroit Bomb Squad arrived to investigate further and determined it was an old training device.

It's said to be a World War II-era training rocket from a bazooka.

It's inactive and there was never any danger to the public.