Each has a story and all have a strong supporter in Matt Lyson as well as his wife Theresa.

Then there are the ducks.

"There's 'Black Beauty' over there, she's got the white on her neck there," he said.

Each has a story and all have a strong supporter in Lyson as well as his wife Theresa.

They are the founders of the Michigan Duck Rescue and Sanctuary in Salem Township.

Some have birth defects or injuries to their limbs or wings. Matt says many are domestic ducks people bought for their kids for Easter - then abandoned.

FOX 2 first met Matt when he came to the station recently to free a mother goose from fishing line wrapped around her legs. 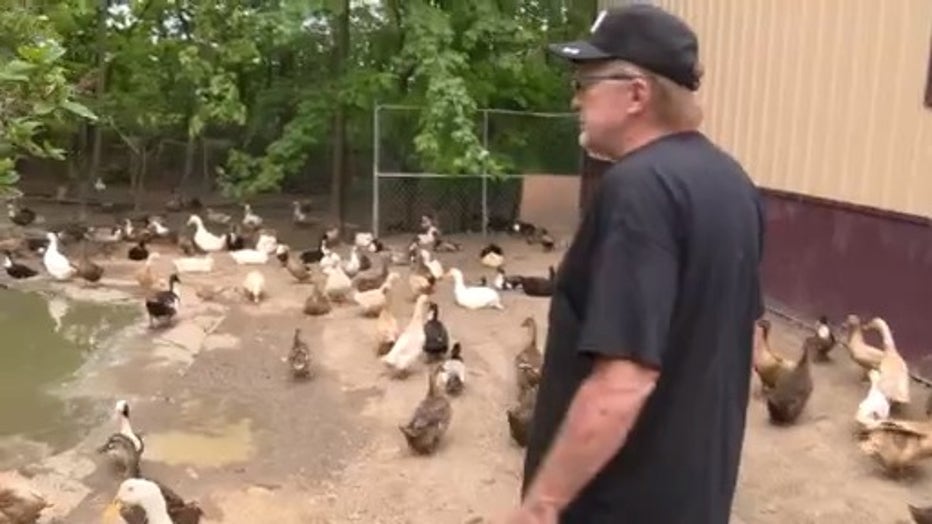 But he's quietly come to the rescue in many other cases where waterfowl have been harmed.

Like the geese injured in Clinton Township a few years ago - when a driver killed several and left others badly hurt when he deliberately ran them over.

"You can see they have emotion - people don't understand that," he said.

Matt says ducks are like dogs - they can be man's best friend - and love for all of these animals is obvious.

"She's probably been here nine years," he said. "She's getting near her days - but she's still got a lot of spunk on her - (kisses her) hey herald etc."

Hundreds of waterfowl call this place home - and to think it all started - so small... when someone asked him to take some ducks.

It became a labor of love.

In 2014 they became a non-profit - and they've rescued ducks from as far away as California - like - Huey from Fresno - a badly injured boy who flew here aboard Delta Airlines years ago - for help.

"He had a cut - you can still see the area there where it's never grown back fully - he's got a little bulge of feathers there and something cut him," Matt said. 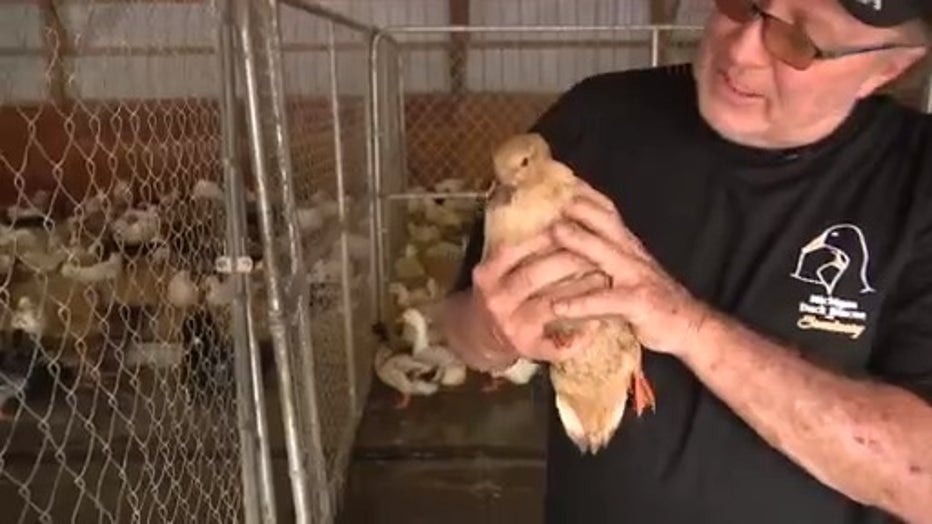 Matt says there weren't any other rescues to take him - and Huey's not alone – “Slim Pickens” is still recovering after being attacked by a predator.

Matt admits he gets calls all hours of the day and night and their vet bills are huge - but - he says it's worth it.

"There's so much of a need for it - they're just the most ignored pet you can imagine," he said.

Well they are far from ignored here -  whether they're posing for a picture with the goose statues.

"This is 'Annie' she's one of the most beautiful little girls here," he said.

Or basking in the admiration of their owner, rest assured they are well cared for.

You can imagine it costs a small fortune to feed this many animals. They are fortunate to have Kroger donating lettuce and fruits and veggies while the watermelon - is a big hit.

Keeping them well fed, healthy and safe - at the Michigan Duck Rescue and Sanctuary, Matt says they just want to educate people about raising and protecting these peaceful animals.

"You do it because you love it and when you see what happens and how they feel and how they look - they're alive - and they're thriving and flourishing here - so it's worth it," he said.

IF YOU WANT TO HELP: 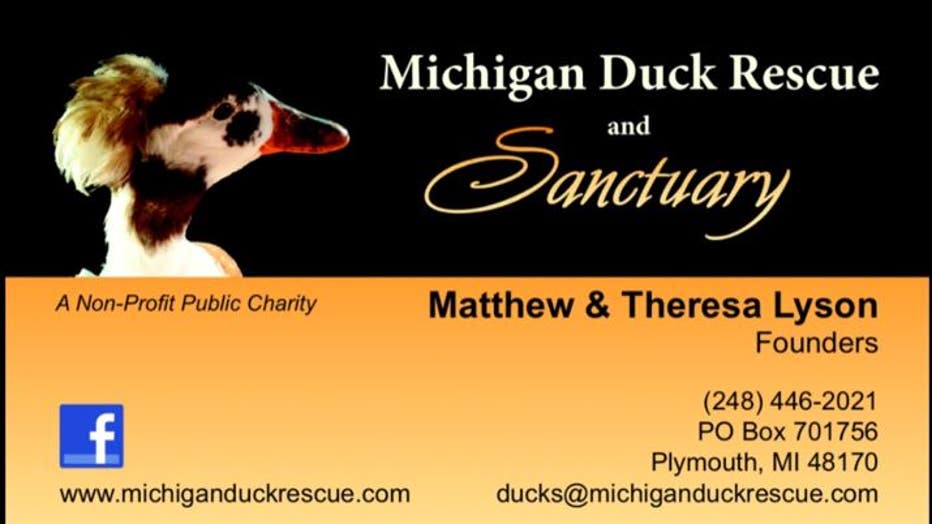