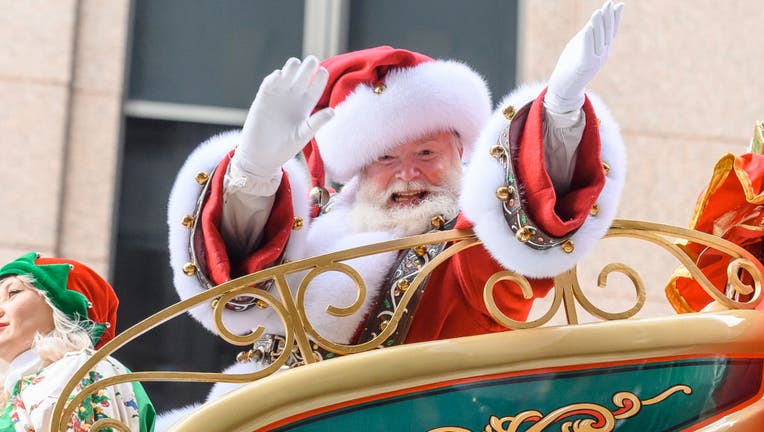 NEW YORK - Macy’s said Santa Claus won’t be greeting kids at its flagship New York store this year due to the coronavirus, interrupting a holiday tradition started nearly 160 years ago.

More than a quarter of a million people come to see Santa at Macy’s in New York each year, the company said, making it hard to create a safe environment during a pandemic. Before taking a picture with the jolly old man, crowds walk in tight quarters through a maze-like Santaland that’s filled with Christmas trees, running toy trains and elves in green costumes.

Santa also won’t be showing up at its Chicago and San Francisco stores, which have similar Santalands. But he will still appear at the end of the televised Macy’s Thanksgiving Day parade, the company said.

With the coronavirus still raging, stores and malls are having to rework their typical holiday strategy, which had been to pack as many people through its doors as possible. Walmart, for example, is holding its Black Friday deals over four weeks, instead of one day.

But the decision by Macy’s differs from big mall owners, which will still go ahead with in-person Santa visits by banning kids from sitting on his lap and making sure they stay six feet away from him.

Macy’s has been using Santa Claus to draw crowds to its New York store since the early 1860s, calling itself “The Home of Santa Claus” for decades. And Macy’s had a starring role in the 1947 film “Miracle on 34th Street,” where a girl discovers the real Santa inside the store.

Macy’s will be offering a free online experience on its website at the end of November, where families can play games, get a virtual tour of Santa’s workshop and take a selfie with Santa.

“Moving to a virtual engagement will safely bring the magic of Santa Claus to children of all ages this year,” Macy’s said in a statement to The Associated Press.

Social distancing is not only about preventing the illness itself, but rather, slowing the rate at which people get sick.

The pandemic has forced Macy’s to tweak other holiday traditions.

In order to deter crowds, its annual Thanksgiving Day parade won’t go through its usual route through Manhattan. Instead, floats, performers and giant cartoon balloons and will be filmed for TV in front of the Herald Square store in New York.

Macy’s also ditched a one-night firework spectacle on the Fourth of July, and held smaller unannounced firework shows to stop people from gathering to watch.