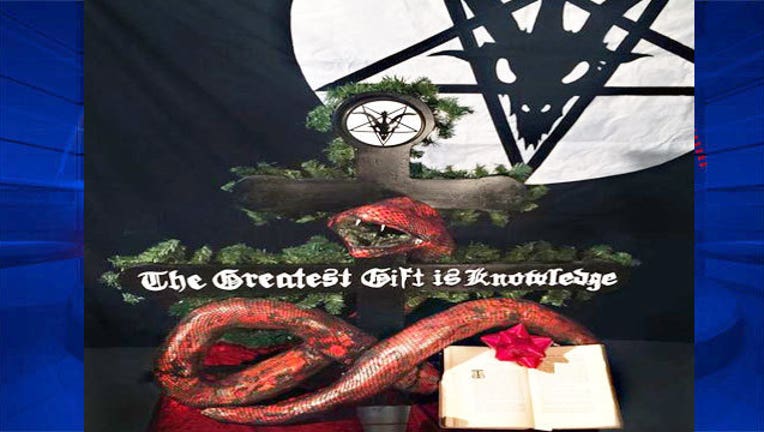 Ticket holders to this unveiling event were told to go a building at the corner of Grand River and Warren where they thought they were going to finally get a glimpse of the statue.

However, they were then told the statue is not was not at the Grand River location. Once inside, people were given instructions to a second location where it may or may not have been. All in an effort to keep the statue safe and hidden from those who oppose.

It was raw passion and belief on display for public consumption with those on both sides coming out to support or oppose the cause.

Detroit is merely the site of it's unveiling and the large turnout explains why, but the goal of this group is to get the statue on display in Oklahoma next to a monument of the 10 Commandments.