Scotland's Justice Minister Humza Yousaf is calling on officials to deny President Trump's entry into the U.K. following the riots in Washington, D.C. on Wednesday, blaming him directly for inciting a "violent mob" at the nation's Capitol.

"Once he leaves office if Trump tries to come to UK the Home Secretary should give serious consideration to denying him entry, she has the power if an applicant’s presence is not conducive to the public good," Yousaf said on Twitter.

"Trump’s default is to stir up racial tension and yesterday he incited a violent mob," he added.

Scotland's leader, First Minister Nicola Sturgeon, joined the rest of the international community in condemning the acts of violence, calling the events "shocking" but not "surprising." 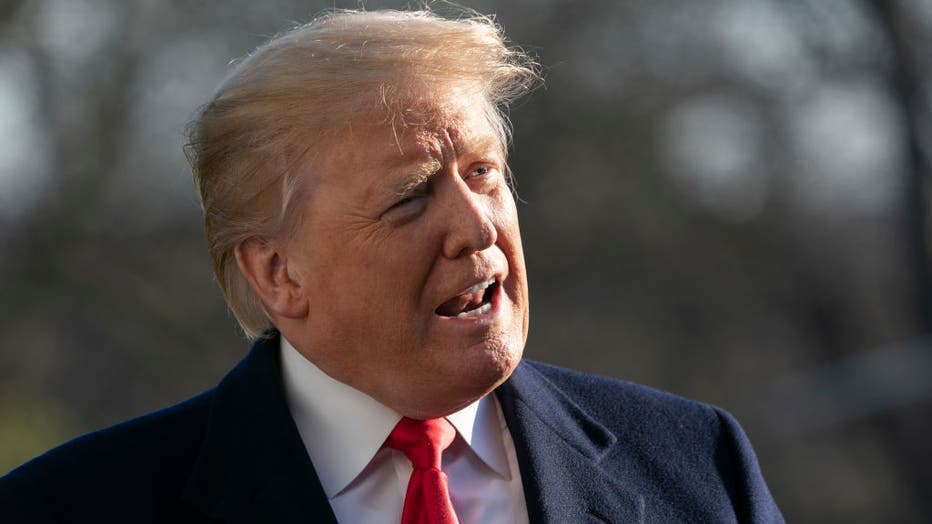 U.S. President Donald Trump speaks to the media upon his return to the White House after a day trip to Camp David on January 6, 2019 in Washington, DC. (Photo by Chris Kleponis - Pool/Getty Images)

"His comments directly led to the violence and so far he has failed to condemn that violence and that is completely wrong," Patel told BBC in an interview.

"He basically has made a number of comments yesterday that helped to fuel that violence and he didn’t do anything to de-escalate that whatsoever."

The vehement message by Scotland officials follows a day of violent protests where Trump supporters stormed the Capitol as lawmakers were beginning a joint session to vote on the Electoral College tally of the presidential election. Lawmakers were forced into hiding as rioters intruded onto the House floor, broke glass, used fire extinguishers in the halls, and replaced the American flag with a Trump flag outside the building.

There's been speculation that Trump could spend his last days in office at his Turnberry golf resort in Scotland, but Sturgeon said earlier this week she had "no idea what Donald Trump's travel plans are."

She went on to discourage Trump's rumored trip, saying it would violate the country's coronavirus restrictions.

"We are not allowing people to come into Scotland now without an essential purpose, which would apply to him, just as it applies to everybody else. Coming to play golf is not what I would consider an essential purpose," she said at a press conference Tuesday, according to The Washington Post.