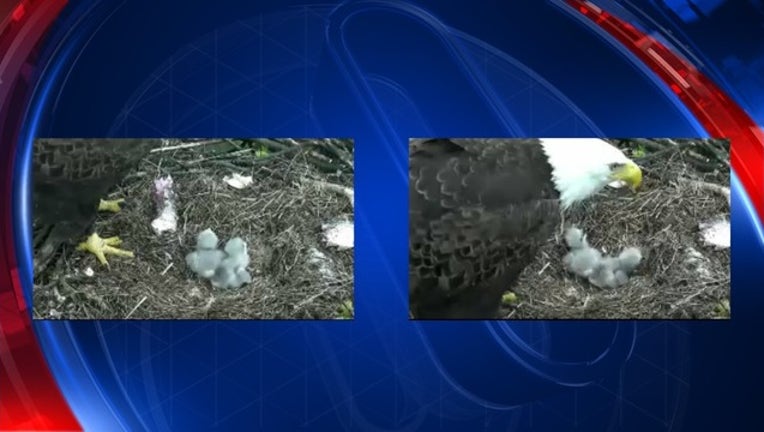 WASHINGTON - (AP) -- A second, tiny bald eagle has hatched in a nest at the U.S. National Arboretum in Washington.

Daniel Rauch, a wildlife biologist at the District's Department of Energy and Environment, says the second eagle hatched at about 3 a.m.

The foundation says the eagles have been nesting at the U.S. National Arboretum since October 2014 and raised one eaglet last summer.

© 2015 The Associated Press. All rights reserved. This material may not be published, broadcast, rewritten or redistributed.