LANSING, MI. - Every registered voter in Michigan will receive an application to vote by mail for August and November elections.

Coming off an encouraging May election cycle that saw "record-breaking" voter turnout despite the COVID-19 pandemic, Secretary of State Jocelyn Benson wants to follow-up those results with an even greater effort.

Secretary of State Jocelyn Benson has a goal to mail to every resident an application to vote absentee due to social distance concerns for the 2020 election.

In a press release issued Tuesday, the department head promised applications for every one of the 7.7 million registered voters in Michigan. About 1.3 million residents can already vote absentee.

“We appreciate that some clerks are proactively protecting public health by mailing applications to all their registered voters, and we are fulfilling our responsibility to provide all voters equal access,” said Benson. “We know from the elections that took place this month that during the pandemic Michiganders want to safely vote.” 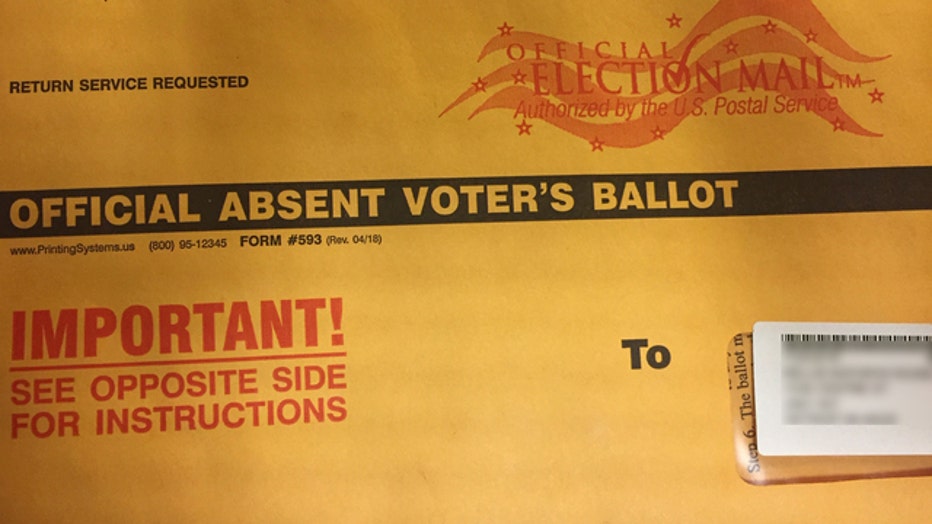 The elections that voters can participate in 2020 include the primary elections held in August and the presidential election in November.

Over the last decade, average voter turnout in local elections in May has been an abysmal 12%. Last May 5, around 50 elections were held across 33 counties and witness almost 25% turnout. The remarkably high numbers serve as indicators for what's to come for Michigan's election systems later in the year.

Among that high turnout came an even more remarkable figure: 99% of ballots cast were by mail. Part of that reason can be attributed to the emergency order signed in March about two weeks after the virus was first confirmed. In the order, the governor expanded absentee voting access by allowing the secretary of state to issue absentee ballot applications to every registered voter and to provide absentee ballots directly to new registrants.

Michigan's election systems have waded into new territory since the state's electorate approved a proposition via a ballot measure that would allow any voter to cast their ballot remotely, regardless of the reason. Benson said this factor was a driving force behind the surge in turnout during the Democratic Primary election held March 10.