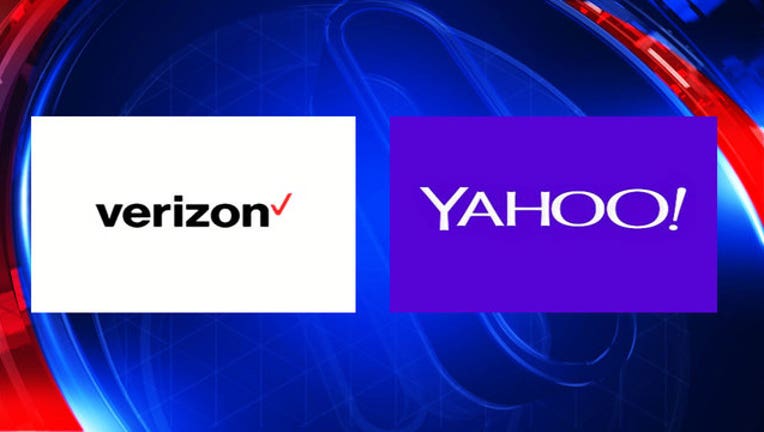 SAN FRANCISCO (AP) — Seeking a wider digital audience, Verizon is buying Yahoo for $4.83 billion in a deal that marks the end of an era for a company that defined much of the early internet but struggled to stay relevant in an online world dominated by Google and Facebook.

It's the second time in as many years that Verizon has snapped up the remnants of a fallen internet star. The nation's largest wireless carrier paid $4.4 billion for AOL last year. The two brands will be rolled into the same operation.

"We have enormous respect for what Yahoo has accomplished: This transaction is about unleashing Yahoo's full potential," AOL CEO Tim Armstrong said in a statement.

Despite Yahoo's travails, its operations are a prize for Verizon, which wants to capitalize on the growing number of people living their digital lives on smartphones. The company already profits from the data plans that connect more than 100 million people and their devices to the internet. Now it's making plans to control more of the advertising on those devices.

Most analysts expect the deal to end the four-year reign of Yahoo's Mayer, who flopped in her much-watched attempt to turn around the company that was once a titan valued at $130 billion.

However, Mayer told employees Monday in an email that she intends to stay "to see Yahoo into its next chapter" without specifying for how long. In a later interview with The Associated Press, she said it's too early to know whether there will still be a desirable role for her after Yahoo and AOL are combined.

"It would be premature and presumptive of me to discuss what Verizon may or may not want to do. I will be open-minded," said Mayer, who could receive a severance package valued at $55 million If she leaves following the sale.

In its announcement, Verizon did not discuss Mayer's future or its long-term plans for Yahoo.

Shareholders fed up with a steep downturn in the company's revenue over the past eight years pressured Yahoo Inc. to part with its email service and still-popular websites devoted to news, finance and sports, in addition to its advertising tools.

The slump deepened even as advertisers poured torrents of cash into what is now a $160 billion market for digital advertising, according to research firm eMarketer.

But most of that money has flowed to Google and Facebook, two companies that eclipsed Yahoo during its long slide from a sensation to a dysfunctional also-ran.

The sale could result in thousands of layoffs as Verizon eliminates overlapping jobs and services in Yahoo and AOL. Mayer has already jettisoned 1,900 Yahoo workers since last September.

The merging of Yahoo's online operations with AOL's sets up a potential reunion between Mayer and Armstrong, who were both executives at Google for years. Armstrong tried unsuccessfully to persuade Mayer to combine the two companies when they both still independent.

"It makes a little less sense now than it did two or three years ago" when Yahoo and AOL were stronger," said Gartner analyst Andrew Frank. "But better late than never."

When the sale is complete early next year, Yahoo will become a holding company for its two stakes in China's e-commerce leader, Alibaba Group, and Yahoo Japan. Those investments, made more than a decade ago, are worth more than $40 billion before taxes, making them by far the most valuable pieces of Yahoo. The holding company will drop the Yahoo name and adopt a new identify after Verizon takes control of the operating business.

The name change is a strong indication that Verizon intends to retain the Yahoo brand on many services, an idea that Mayer told the AP came up in the preliminary discussions leading up to the deal.

"The Yahoo brand still holds a lot of consumer-affinity" and could help Verizon overcome the lukewarm feelings that many subscribers have toward their wireless service providers, said Forrester Research analyst Shar VanBoskirk.

Until the sale is done, Yahoo's users should not see any major changes in the company's mobile apps or websites.

Verizon, based in Basking Ridge, New Jersey, is buying Yahoo's online operations and its real estate. The Sunnyvale, California, company also has a patent portfolio that it intends to sell, and about $7.7 billion in cash.

Mayer, 41, is the latest in a succession of Yahoo CEOs who could not engineer a comeback. Yahoo's annual revenue, after subtracting ad commissions, has declined by about 20 percent from $4.4 billion before Mayer's arrival to a projected $3.5 billion this year.

But Mayer told the AP she does not consider her tenure to be a failure. She pointed to a 50 percent increase in Yahoo's total worldwide audience to more than 1 billion users, including 600 million people who now visit on mobile device, three times more than before her arrival.

"If you look at the state of products today, they are orders of magnitude better, more viable, better designed," Mayer said. "I am incredibly proud of all that. The next chapter is around how we can increase our relevance on mobile."

Yahoo's stock fell $1.06 Monday to close at $38.32. The shares have more than doubled since Mayer became Yahoo's CEO, largely because of the rising value of the Alibaba stake.

When millions of people began to flock to the internet with the advent of graphical web browsers in the 1990s, Yahoo was king. Co-founders Jerry Yang and David Filo began building a web directory as Stanford University graduate students in 1994, and Yahoo quickly established itself as the online hub for tens of millions of people. It proved that internet companies could indeed be profitable as other dot-com startups burned through millions of dollars.

But Yahoo strayed from internet search in an attempt to build a multimedia business, clearing Google's path to supremacy. To make matters worse, Yahoo failed to recognize the importance of social networking and was slow to make the leap into mobile devices such as smartphones and tablets. Yahoo attempted to buy Google and Facebook in their formative years, but it was rebuffed and then later dwarfed by them.