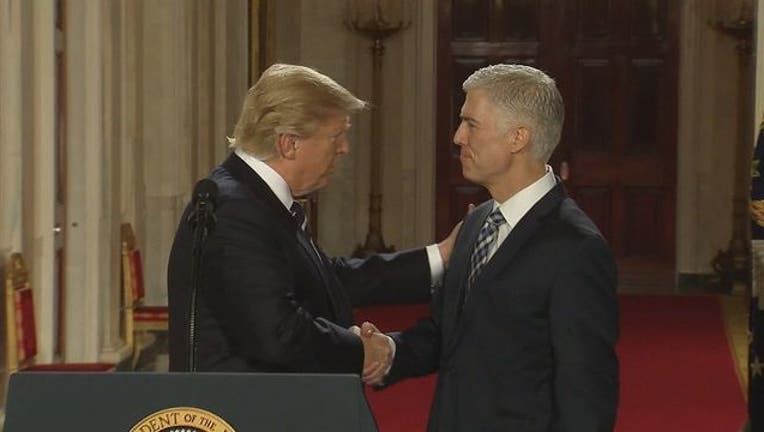 The vote was 54-45 on Friday. The victory gives President Donald Trump's 49-year-old nominee a lifetime spot on the court and his party a much-needed political win after failing to pass legislation on health care and other issues.

The final confirmation vote came after Senate Republicans rewrote the rules, voting to eliminate the 60-vote filibuster threshold on Supreme Court nominees. The change allows the Senate to proceed to the final vote with a simple majority.