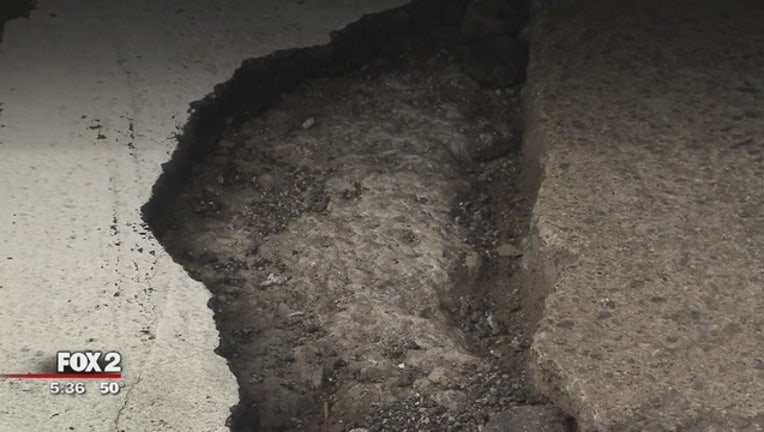 LANSING, Mich. (AP) - A bill that would infuse $175 million more into Michigan roads and bridge this year has taken another step forward in the Legislature.

A Senate committee voted 16-0 Wednesday to send the supplemental budget legislation to the full Senate, which is expected to vote Thursday.

Yet another pothole story

Senators amended the House-passed bill to include $1 million for Attorney General Bill Schuette's investigation of how Michigan State University handled former employee Larry Nassar, a doctor who molested young gymnasts and others under the guise of treatment.

Schuette, whose office prosecuted Nassar, has hired a special independent counsel to look into the university.

Gov. Rick Snyder recently proposed the additional $175 million for road and bridge repairs in the 2018-19 budget. But lawmakers want to spend it in the current fiscal year.