Michigan State Police responded to at least three traffic crashes early around 2:50 a.m. after a driver crashed into the center media wall of I-696 near Couzens. 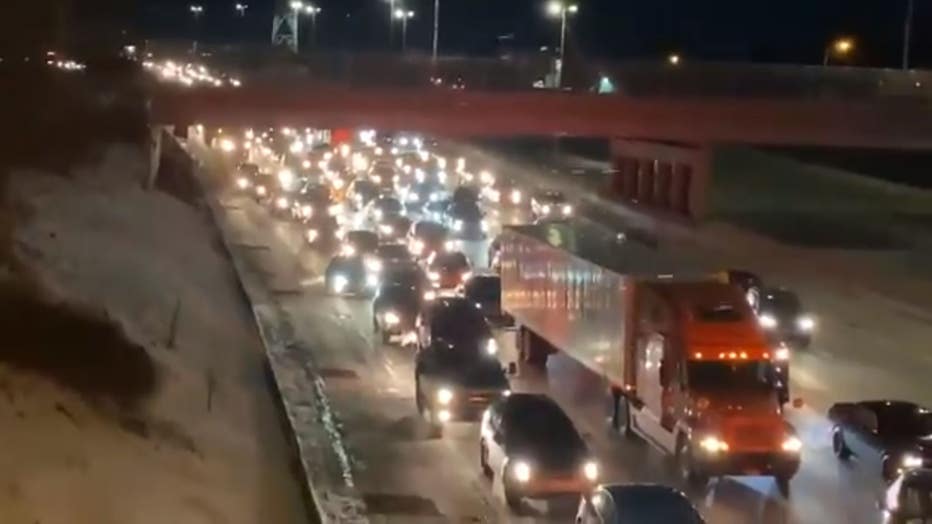 I-696 traffic caused by a wreck near Couzins

The collision blocked the left lane on eastbound I-696 near Dequindre Road in Madison Heights.

It also caused a light pole to fall into the travel lanes of the highway, which then struck a second vehicle.

A third vehicle then struck the first wrecked vehicle.

Shockingly, there were no serious injuries reported, however, the driver of the first car fled the scene on foot.

He was eventually located and was arrested. He's suspected of being under the influence.

The freeway reopened around 7:30 a.m. Police are still investigating the scene.