(FOX 2) - They were partners in business, partners in life, and now a Macomb County couple is heading to court. accused of being partners in crime.

Rob Wolchek introduced you to this couple after getting a bunch of complaints that they were taking big money from customers but doing very little work.

Rob Wolchek first introduced you to this couple after getting a bunch of complaints that they were taking big money from customers but doing very little work. Now Warren police is involved.

He is a contractor that built up a long criminal record and she stood by her man. Now, they will both be standing next to a lawyer in court.

This is Francine - and her house - or what's left of it.

"All the cupboards are gone. The countertop. The floor. Everything is gone."

Francine says this is what she got after hiring Hall of Shame contractor Darrin Ballard to remodel her house and paid him more than $12,000.

Wolchek: "How long have you been living like this?"

But Darrin didn't do it alone.

"Yeah, yeah, I ripped off people years ago. I don't do that now.  That's not my game," he said at the time.

According to the Warren police, Darrin's wife Caroline is his partner in crime and now the Ballards are busted. 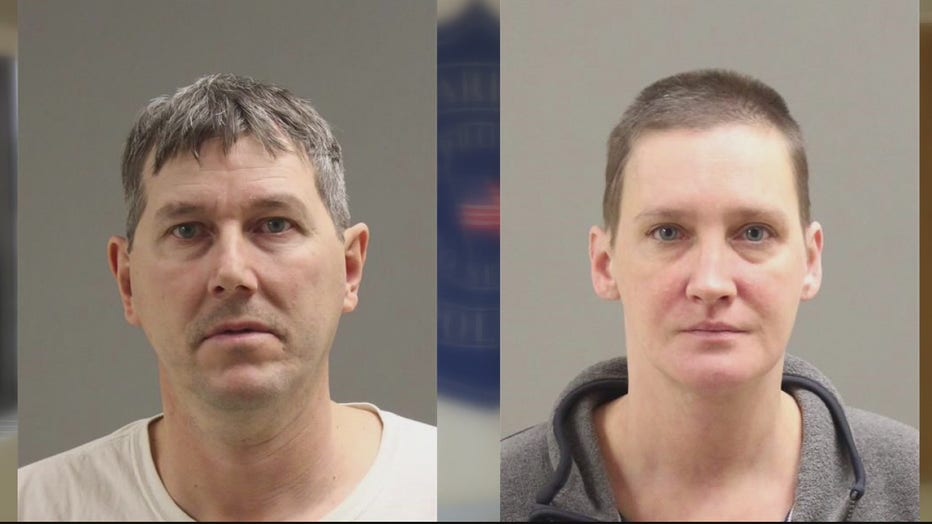 And attached to the criminal complaint are copies of Wolchek's Hall of Shame stories from last summer. How come? We''ll get to that in a bit.

It started with Michelle. She called because a contractor from Hatt Construction named Darrin Ballard was taking a long time on her remodeling job.

Plus, she said the dude did creepy things like come over to her house when she didn't expect him and walk right in.

Michelle ran a background check on Darrin Ballard and got a rude surprise.

He sure is. This remodeler's rap sheet includes felonies for larceny, taking money under false pretenses, felony check fraud.

Ballard had so many convictions he was sent to prison for five years, got out, and got convicted of three more felonies which he's on probation for right now.

Wolchek confronted Darrin and he managed to give Michelle most of her money back but after he ran Michelle's story, he heard from more victims, lots more. 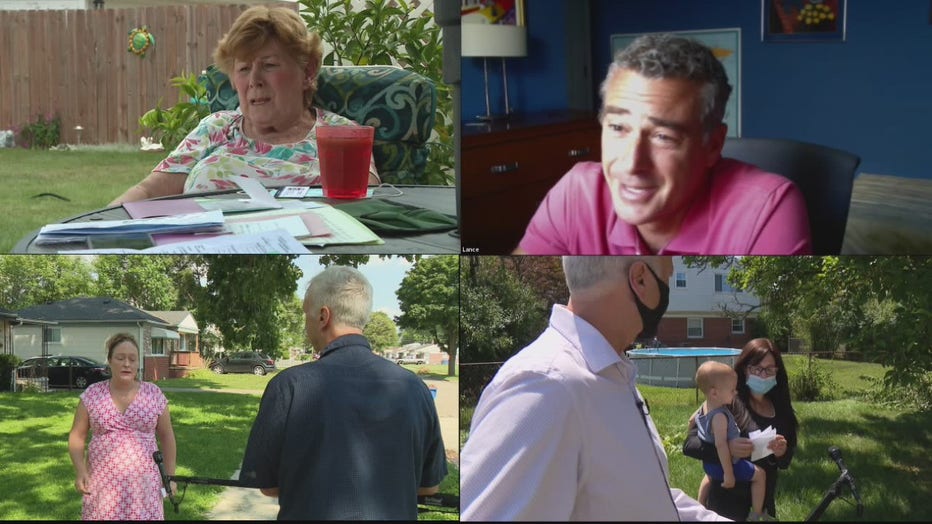 People like Sterna, who paid Darrin thousands of dollars and ended up with a half-completed job and junk Darrin left all around her Southfield home.

Jennifer gave Darrin money to paint her home, but says he didn't.

Lance who lives in Florida and paid Darrin to fix up his Detroit rental homes, says Darrin promised him he was licensed.

Then there was Marlene, who has a $3,100 judgment against Darrin Ballard for a bathroom she paid him for but was never completed.

Wolchek ran another story on Ballard who promised he would make all of his customers happy - but he didn't.

Wolchek: "You dug the grave, dude."

"I'm just trying to get out of it. I just don't want my probation officer to call me again," Darrin said.

Ater Wolchek ran that story, he heard from Steve.

"He asked me not to contact you because he said his family was getting threats," Steve said.

Steve says he paid Darrin more than $10,000 and had been living for months in a house covered in tarps, without gutters and with siding he bought rotting in the elements beside his house - because Darrin wouldn't put it up.

Wolchek did not even air Steve's interview even though it was great.

"I'm getting an ulcer already," he said. "I'm not even kidding you."

And because all of sudden, Darrin Ballard and his wife moved out of their Warren home and cut off communications with everyone.

"I get so frustrated with him and his wife," Steve said. "I can't believe I got myself into this mess."

Then a few weeks ago, Rob heard from Francine. Not only did Darrin tear out her kitchen and not put in the new one she paid for, but Francine is disabled.

"It hurts," she said. "I've been put in the hospital twice already because of the floor." 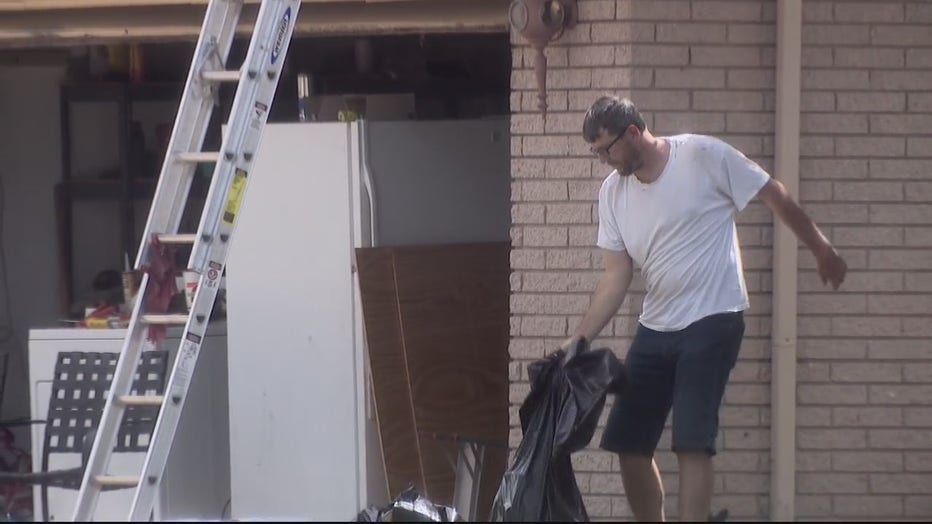 Or lack of one. Yep, she says Ballard tore out the flooring as well.  And that's not a kitchen island, that's Francine's dishwasher that's been there for more than a year and a half since Darrin tore it out.

Then, Detective William Mierzwinski from Warren police got involved. And to start the new year, he got a way to stop Darrin Ballard an arrest warrant.

Not only has Darrin been charged, so has his wife Carolyn.  That's why Rob's story is part of the case she admitted on camera she was involved in the jobs in his first story.

"I understand your issue with his felonies," Carolyn said. "But if you look at me and my record and me being the owner of the company,  yeah, I'm young. Maybe I didn't know I had to have a contractor's license."

Carolyn: "I don't know exactly how to go about that. I'm new to this. I've only had this company for three years."

On Tuesday, Darrin and Carolyn Ballard were each arraigned on one felony count of taking money under false pretenses, one misdemeanor count of false pretenses, and one count of being contractors without licenses. They entered not guilty pleas.

They are charged for the two cases in Warren. Jennifer, who appeared in my second story, and for Francine's house.

Wolchek: "Darrin told me, 'I used to rip people off but I don't do that anymore.' What do you say to that?" 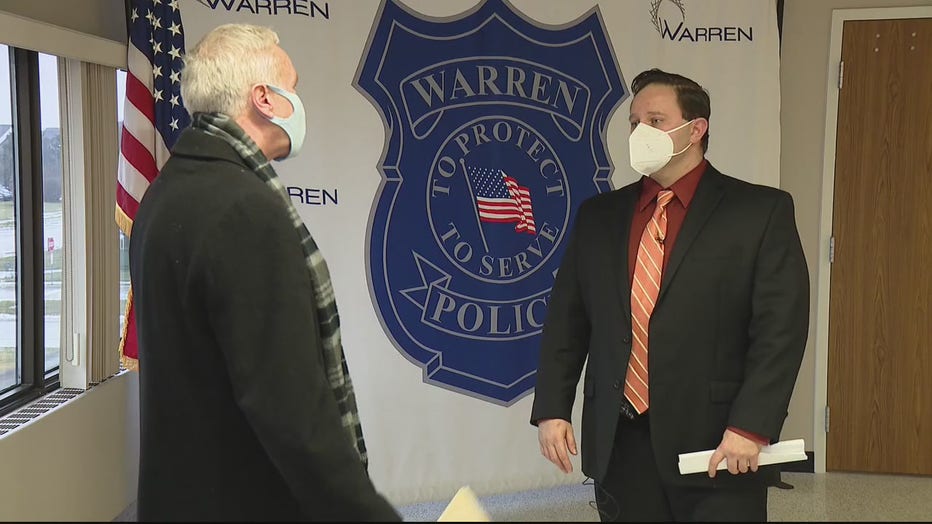 "I can't speculate what he's done in the past but he was arraigned today and that's why he's in our jail," Det. Mierzwinski said. "Those are the facts."

Carolyn and Darrin Ballard appear to have bonded out of jail and will have a preliminary hearing on Jan. 14. Carolyn faces five years in prison and Darrin could spend more time because he is a habitual felon.