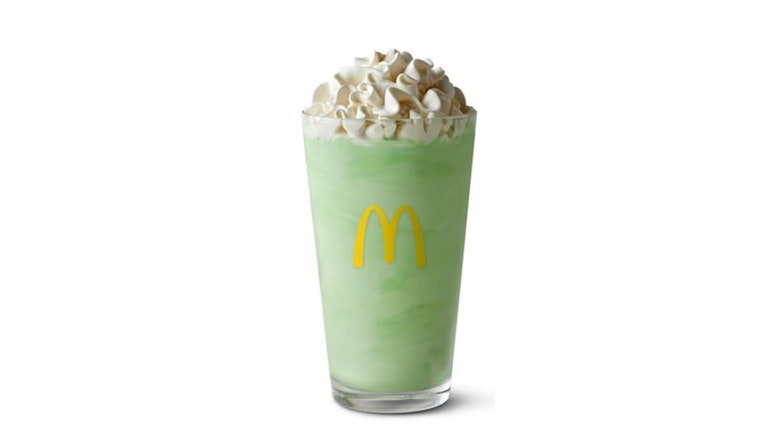 It’s time to rock. Shamrock, that is.

February can be a cold, bitter month for much of the country. With the holiday season over and winter in full effect, it’s easy to feel gloomy. Fortunately, McDonald’s is hoping to give customers something to look forward to. Something green.

On Tuesday, McDonald’s announced on its social media platforms that its iconic Shamrock Shake will be returning this year on February 15th. The green, mint-flavored drink usually reappears this time of year to help celebrate the upcoming St. Patrick’s Day holiday.

The minty shake was sold nationwide for the first time in 2012, according to McDonald's. (It had appeared prior to 2012 only regionally, at participating locations.)

Of course, it doesn’t matter if McDonald’s is serving Shamrock Shakes if the ice cream machine is broken.

In October, Fox News reported that software engineer Rashiq Zahid, 24, had developed a resource for tracking and identifying McDonald’s locations with nonfunctioning ice cream machines — undoubtedly an invaluable resource for anyone who prefers not to waste precious time in the pursuit of their sundaes or cones.

Zahid’s resulting website, McBroken, can now identify which of Amerca’s McDonald’s locations have the capacity to serve ice cream, pretty much in real-time.

"I was like, there must be something that can be done about this," Zahid told The Verge of first coming up with the idea, which was sparked following a disappointing trip to a German McDonald’s.