Former FOX News anchor Shepard Smith made his first public remarks since resigning from his position and donated half a million dollars to a press freedom group on Thursday.

NEW YORK - Former FOX News anchor Shepard Smith made his first public remarks since resigning from his position and donated half a million dollars to a press freedom group on Thursday.

Smith was the emcee for the Committee to Protect Journalists’ annual International Press Freedom Awards in New York.

"Intimidation and vilification of the press is now a global phenomena," Smith said. "We don’t have to look far for evidence of that." 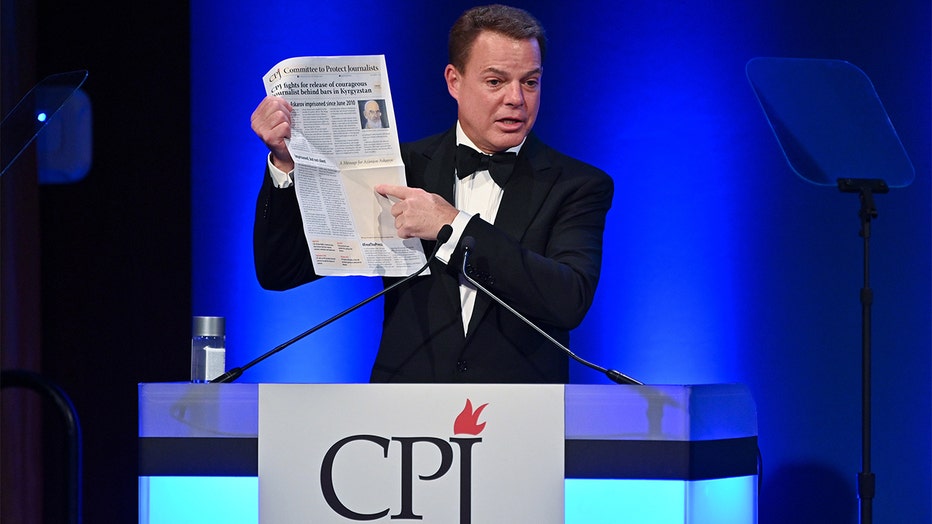 “Our belief a decade ago that the online revolution would liberate us now seems a bit premature, doesn’t it?” Smith said. “Autocrats have learned how to use those same online tools to shore up their power. They flood the world of information with garbage and lies, masquerading as news. There’s a phrase for that.”

"They dispatch troll armies after critical reporters, who are vilified and harassed. their personal information – such as phone numbers, address, ID numbers – posted and published as an invitation for even more attacks," he said.

Smith left FOX News in October, in the middle of a multi-year contract, after having been with the company since its inception in 1996. He served as the network’s chief news anchor and the managing editor of the breaking news unit.

“We know that journalists are sometimes wary of being perceived as activists for some cause,” he said. “But press freedom is not the preserve of one political group or one political party. It’s a value embedded in our very foundational documents. Journalists need to join hands to defend it.”

The longtime news anchor said he has long admired the work of CPJ and recalled how the group helped two FOX staffers who were kidnapped in Gaza in 2006.

"Tonight," he announced, "I'm donating half a million dollars to this cause."