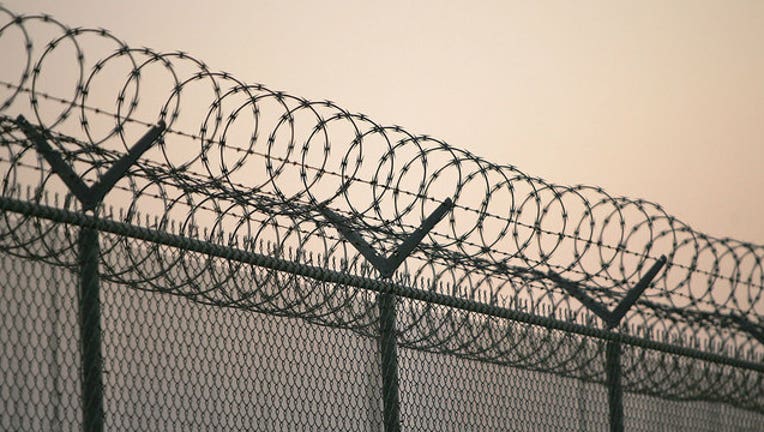 The Santa Barbara County Detention and Correctional Facility is seen after sunset on June 12, 2005 in Santa Barbara, California. (Photo by David McNew/Getty Images)

Should a man in prison for dad's murder get another chance?

Kevin Boyd was in his mid-20s when he first grasped what it meant to be serving life without parole. It happened when a couple of longtime inmates who'd mentored him died of old age in prison and he watched them carted off on gurneys. He couldn't help but think about his own future.

"It really started to dawn on me: You're looking at a black hole and there's no way out of it," Boyd says from Thumb Correctional Facility in eastern Michigan. "You start thinking, `What am I going to do with my life?' And you don't know."

In August 1994, Boyd was 16 when, according to prosecutors, he and his mother, Lynn, hatched and carried out a plot to kill his father, Kevin Sr., who was stabbed more than 20 times and beaten with a baseball bat. The couple were divorced. Boyd maintains he wasn't at the crime scene, but he knew his mother's plans, told her when his father would be sleeping in a chair and gave her keys to get into his apartment. She was convicted in a separate trial.

Now 40, Boyd is one of the juvenile lifers Michigan prosecutors say should never walk free again. When the U.S. Supreme Court banned mandatory life-without-parole sentences for juveniles, it didn't completely eliminate the punishment but said it should be confined to "the rarest of children" whose crimes reflect "irreparable corruption." In Michigan, prosecutors have applied that definition to nearly two-thirds of its juvenile lifers -- about 235 inmates -- according to Deb LaBelle, an attorney who is among many who believe that flouts the high court's ruling.

In Oakland County, north of Detroit, Boyd is among 44 of 49 juvenile lifers whom prosecutors are seeking to keep locked up. Their cases won't be argued until the Michigan Supreme Court decides whether judges or juries will hear them.

At the heart of those cases lies one central question: Who is and is not irredeemable? That's stirred fierce debate between prosecutors and defense attorneys, with some juvenile justice experts arguing the best solution would be for the U.S. Supreme Court to ban outright all life-without-parole sentences for those under 18 at the time of their crimes.

"Most experts would tell you it's an undefinable concept but for the sociopath, like Charles Manson. ... But he's one in how many? Those people are incredibly rare and unusual," says Marsha Levick, deputy director of the Juvenile Law Center, a nonprofit that advocates for youth offenders.

In Boyd's case, the prosecution contends his crime was so heinous, the planning so detailed and the motive so cruel -- he and his mother hoped to collect on a $500,000 life insurance policy -- that it clearly fits the category of rare cases. "It was premeditated, calculated and cold. It weighs in favor of irreparable corruption," says Paul Walton, an assistant Oakland County prosecutor.

Boyd's lawyer, Dave O'Brien, tells a different story: He says there was no physical evidence Boyd was at the murder scene. Boyd's confession -- in which he said he was there and participated in the killing -- followed a six-hour interrogation during which investigators made false promises of leniency and Boyd provided inaccurate details of the crime, the lawyer adds.

O'Brien also says Lynn Boyd, who is serving life without parole, testified at her son's trial that she committed the murder with her girlfriend, who was not charged.

"If you want to look at culpability, it was his mother who recruited him," O'Brien says. "Rather than teaching him right from wrong, she's enrolling him in a murder scheme." Under Michigan law, aiding and abetting a killing, such as providing keys, can result in a murder conviction.

O'Brien also challenges the prosecutor's characterization of Boyd. "I don't think you should judge a 16 year old as irreparably corrupt based on one hour that took place in his life 25 years ago," he says. "They're not looking at how he got there or what he's done since."

Boyd's life was troubled from the start.

The only child of alcoholic parents, he was physically abused, tried to commit suicide and bounced around in 10 different schools before dropping out as a sophomore, according to court records. His parents divorced when he was 12, and he had a stormy relationship with both of them. Boyd says that four years later, when he and his mother discussed the murder plot and she told him his life would improve after his father's death, "I have to say that I think that was appealing to me."

Boyd says he now knows he could have prevented a tragedy. "There was no point in time to where my hands were tied that I couldn't have picked up the phone and warned my dad what was coming his way or called the police," he says. "I created my own bed. I fully admit that."

Oakland County prosecutor Jessica Cooper says a dysfunctional childhood is no excuse for committing murder and notes that many teens have terrible upbringings but don't resort to crime.

"What do we say? Oh, that's too bad and rap you on the hand and say, `It's OK you killed a human being ... you came from a bad background and that's acceptable,"' she said in an interview earlier this year.

Boyd points to his two-decade prison record as evidence of his rehabilitation. He earned a high school equivalency diploma, completed vocational programs, worked as a painter, a tutor and sanitation worker and hasn't had a misconduct violation in 15 years.

"I've demonstrated no violent behavior," he says. "I've had no substance abuse issues. ... I am not even a reflection of who I used to be."

But does a clean record warrant freedom?

"There are parts of me that say ... I've done all the things that anybody could have asked me plus a hundred more," Boyd says. "But at the same time, I don't know where you say that there's been enough retribution, because a human being is dead. ... This isn't a stolen credit card. It's not even an armed robbery. It's a person who is no longer with us, and I struggle with that. I struggle with that a lot."

When his resentencing hearing comes, Boyd says he plans to explain what he claims was his limited role in his father's death. "I couldn't defend myself at 16, but I'm not 16 anymore. (I'll say) `Here's where you got it wrong. Will you sit down and listen so we can fix it?' If I get natural life again, it's because they wouldn't listen.

"If it doesn't happen," he says, "well, I'm used to the world of prison. That's what life will be. That's just how these things go."