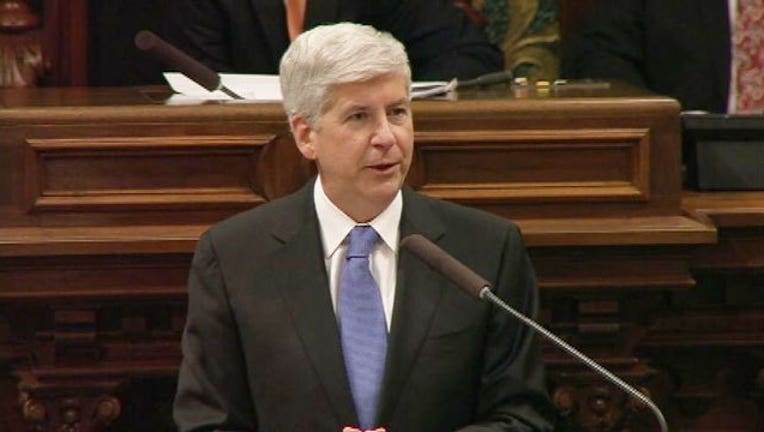 (WJBK) - Gov. Rick Snyder still contends he's not a career politician but with five years under his belt, there are times when it looks like he is acting like one.

Asked on 'Off the Record' the other day to describe the quality of their relationship, he did not blink, "poor." Mr. Jackson is still smarting from how the governor handled the Right to Work debate but on the other hand he believes the governor when he says he would veto a prevailing wage repealer which labor is loathed to embrace.

Pre-RTW you could say the two got along as the governor appeared to be practicing what he preached, i.e. his desire to work with everybody. Mr. Jackson even served on the gov's Strategic Fund.

In what looks like a slick career politician maneuver, the governor apparently wanted Mr. Jackson off the board but instead of engaging in a public move to fire him, ala Donald Trump, Mr. Jackson reports the governor took less obvious  route.

It cleverly met the governor's objective without the public glare.

He abolished the Strategic Fund, appointed a new board and conveniently left Mr. Jackson off the membership roster. Smooth move.  Mission a ccomplished.

Actually if you examine it very carefully, this governor has done very well at avoiding the controversy   that often engulfs  the moving of players around in the administration.

Suffice it to say you would never catch this governor saying this person or that "was a valuable member" of the administration only to see them booted shortly after that pronouncement.  Gov. Jennifer Granholm tried that and it only made the personnel issue worse.

Apparently this governor learned a lesson to help avoid the career politician label even though his actions some times suggest otherwise.