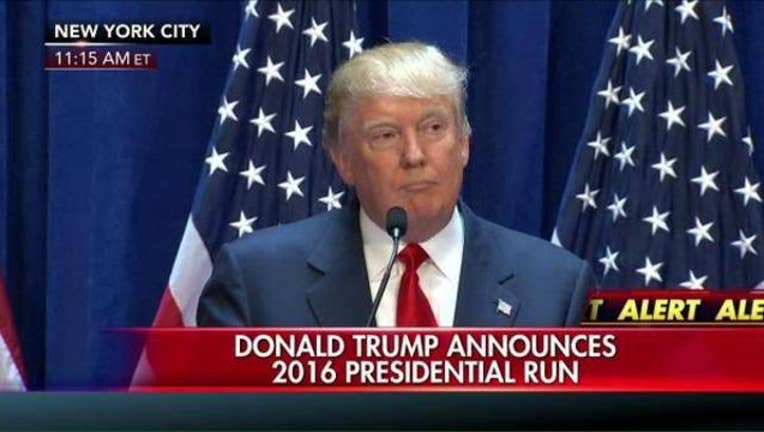 There are two famous Donalds in the world. One is a cartoon duck. The other is a Trump, and some of his harshest critics contend the two are one in the same.

The Donald has exploded on the 2016 presidential scene and Democrats could not be more delighted, but not so much among some establishment GOP-types who think this guy is bad news.

And Mr. Trump has been saying a lot lately, much of which has plunked him in hot water with this group and that.

Foremost are his remarks about alleged unsavory Hispanics coming across the border. Although he says, "I love Mexicans" his negative comments have produced a firestorm of protests.

A key voting block in the next race will be the Hispanic voters, and with Trump's mouth in the field, he could offend the very voters the Rs need to win back the White House.

Again the Michigan pollster, "if Hispanics turn against the Republicans that can have a dramatic impact in several key states which I think could happen."

So if Trump is doing so poorly, how did he finish second in a poll of Michigan voters?

"No one has yet gone on the attack against Trump and his several bankruptcies," Bernie goes on. Just like Mitt Romney who took some hits for firing people when his hedge fund companies commandeered failing businesses, Mr. Trump has brought pain and suffering to those who suffered when he went into the red.

In other words, Donald, the man not the duck "will self-destruct," the pollster advises.