SHELBY TOWNSHIP, Mich. (FOX 2) - A bus driver in Macomb County is being called a hero after a frightening ordeal on a ride home from school.

A slab of ice fell off a passing semi-truck and came crashing through the windshield of the bus.

A parent is calling their bus driver a hero after she kept the kids safe when a slab of ice came crashing through the bus' windshield.

This happened on 25 Mile Road near Van Dyke as the bus was taking kids home from Malow Junior High Tuesday.

The bus driver had injuries to her face and was taken to the hospital to get checked out. None of the students were hurt.

One parent whose child was on the bus praised the driver for keeping things under control. 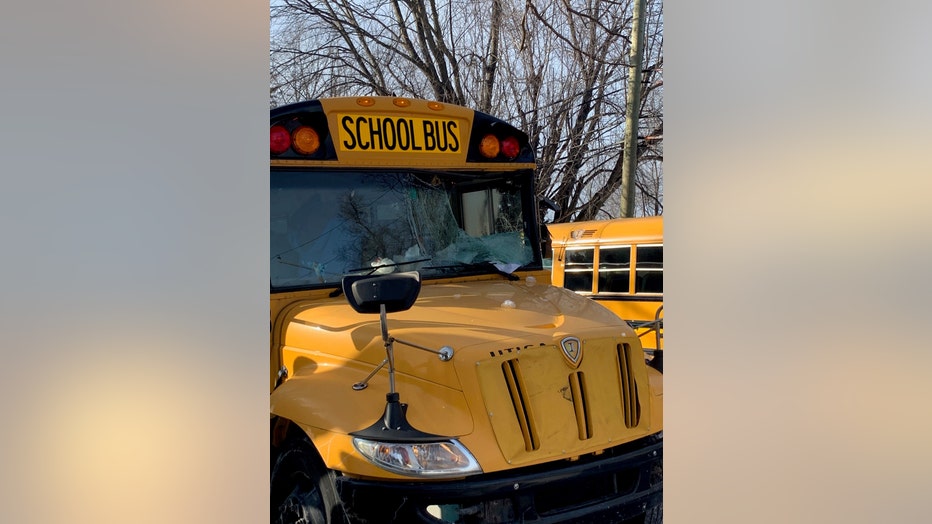 "I don't know how you can get hit in the face with ice and then safely pull the bus over, and they were five feet from a tree," said Kyle Winn, whose 7th-grade son was on the bus. "So she's the real hero, to have the mind and the care to go through that and somehow save the bus and pull it to the side of the road with nothing else happening. She's a hero."

The Utica Community School System is reminding us all how important it is to remove ice and snow from our vehicles before getting on the road.