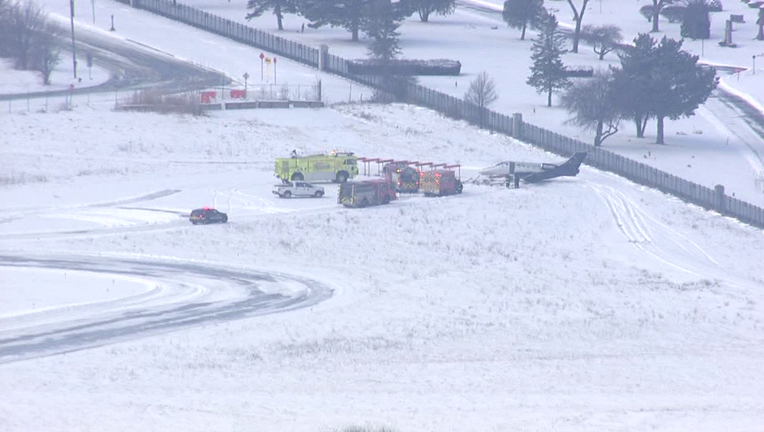 DETROIT (FOX 2) - A small plane slid off the runway at the Detroit City Airport near E McNichols Rd this afternoon.

Around 12:50 P.M., the pilot of a small twin engine jet attempted a landing when it slid off the runway, according to Jason Watts, director of the Detroit City Airport.

"The pilot had been advised that the runway was slippery, as active snow and ice removal was underway at the time," Watts said.

Watts said the pilot chose to proceed with the landing instead of landing at another nearby small airport.

The airport confirmed that the plane collided with equipment, causing some damage to both the plane and the equipment.

The Detroit Fire Department, along with Watts, confirmed that the pilot and two dogs on board, were not injured.

The incident is being investigated by the Detroit City Airport, the Federal Aviation Administration, and the National Transportation Safety Board.