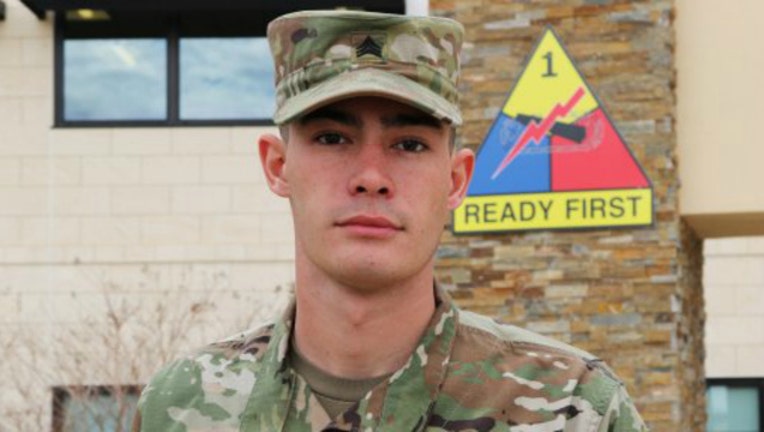 FORT BLISS, Texas (Fox 32 News) - A soldier has saved a man's life with a hoodie and an ink pen.

Sgt. Trey Troney was on his way home to Mississippi when he spotted a car crash on I-20 near Sweetwater, Texas on Dec. 22, according to a report from the U.S. Army.

Jeff Udger was slumped over the steering wheel of his truck. Troney and two other men pried open the door.

Udger's head was bleeding, and Troney pulled off his new New Orleans Saints hoodie to staunch the blood.

"Well, this is Cowboy country, so I don't know how I feel about you wrapping me up in a Saints hoodie," Udger told Troney.

Udger's biggest problem was a collapsed lung. As he lost consciousness, Troney grabbed some first aid supplies from his truck, but did not have a needle the right size to relieve the pressure. Instead, he grabbed a ballpoint pen and drained the ink. Then he jammed the hollow plastic tube into Udger's chest.

"I took the NCD and put it right in the hole and kind of wiggled (the pen) in with my hand in between the ribs and you just started to see the bubbles come out of the tip, and I was like, 'OK, we're good,'" said Troney.

After he recovered, Udger offered to replace the hoodie, but Troney said there's no need.

"You're just there and you might have what they need," said Troney. "He needed an ink pen to the ribs. Luckily I had an ink pen."