BRIGHTON, Mich. (FOX 2) - Michigan State Police said US 23 is closed after a crash involving a semi-truck and another car south of I-96.

According to MSP, the southbound lanes of the highway are closed at Lee after the two-vehicle crash that happened a little before 9 a.m. Monday.

MSP says at least one semi-truck is involved and a pickup truck.

Video from the scene showed the semi-truck and the pickup truck both in the median.

Both lanes are closed due to the crash.

In a picture from MDOT, traffic on the southbound traffic is seen lined up in both lanes. 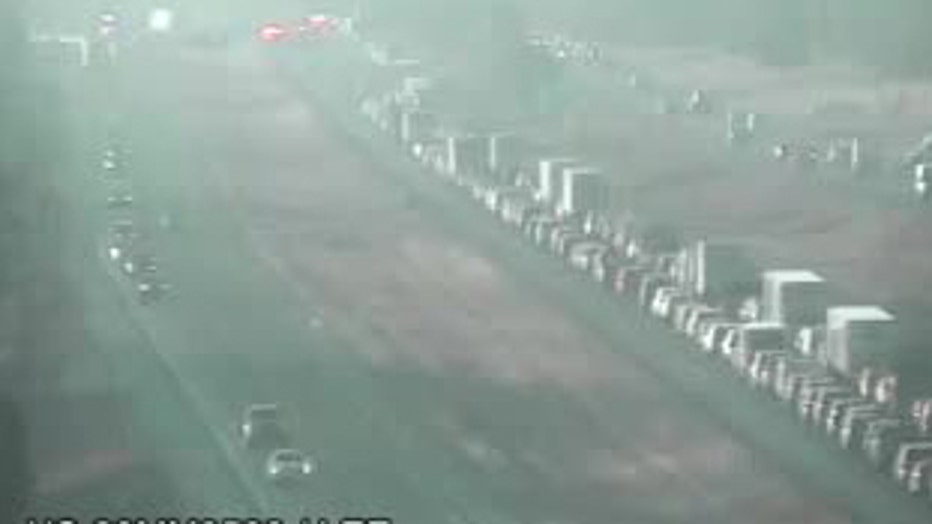 Southbound lanes of US 23 are closed because of a crash between a semi and another vehicle.