The Michigan Department of Transportation said the southbound lanes of I-75 were closed Tuesday because of a semi fire at I-94.

MDOT said the southbound lanes of the interstate were closed just after 3 p.m. because of the crash and fire.

The crash is blocking all lanes and drivers are urged to find a different way around the area.

The semi caught fire and spread into the grass area next to the highway. Around 3:40, SkyFOX arrived over the scene and the fire had been put out but all lanes of I-75 are still closed. 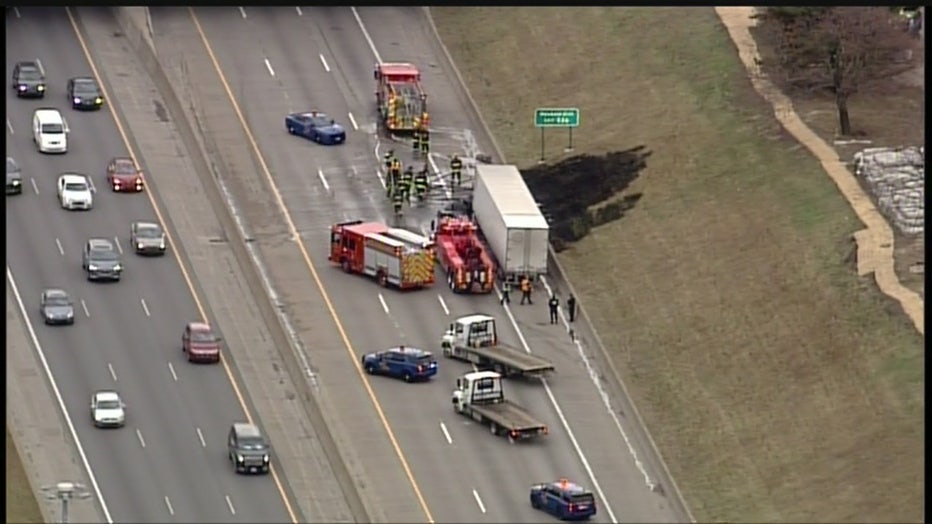 I-75 was closed Tuesday when a semi caught fire near I-94.

Another car was on its roof a short distance ahead of the crash. It's not known if that car was involved.

We'll update this page with more information as it comes into our newsroom.