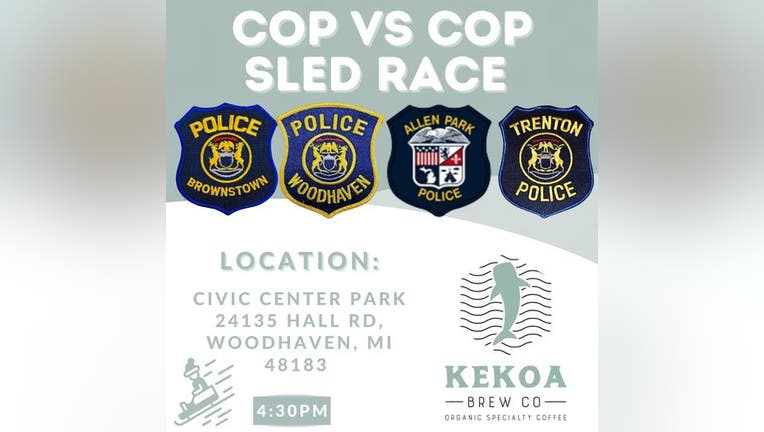 WOODHAVEN, Mich. - What better way to spend the aftermath of a snow storm than enjoying all the snow?

Four downriver police departments from Metro Detroit will be competing in a sledding competition Thursday.

"Who do you guys think will be the winner? Anyone think any more departments will brave up & join in?" asked a Facebook posting from Kekoa Brew Co.

Police departments from Brownstown, Woodhaven, Allen Park, and Trenton all plan to participate in a "Cop vs Cop Sled Race," which will be hosted near the organic coffee shop in Woodhaven.

Drip coffee, tea, kombucha, and loaded hot chocolate will be served at the event, which is scheduled for 4:30 p.m. Thursday.

According to the Allen Park Police Department, a nearby canoe livery is providing tubes for the sled race.