(FOX 2) - It's a meeting two years in the making. Jessica Carroll and her husband live in Southfield, Mich. and now they've met the little boy whose life she saved by donating her bone marrow.

"I'm just so happy I could help him and help his family and give him the chance to be here with us today," she said.

A Michigan woman was finally able to meet a 9-year-old boy from New Hampshire whose life she helped save through a bone marrow donation in 2018.

"We're just so, so lucky we have a second chance at our family as a whole because of you," said Grady's mother, Jill Smith.

Grady is nine now and lives in New Hampshire. Jessica is 29 and in 2014 she attended a fundraiser for another child where she met a representative from DKMS. DKMS fights blood diseases and cancers by getting people registered to donate. So, Jessica swabbed her cheek, joined the registry and went about her day.

"I totally forgot about it until I got the call back in the end of August 2018," she said.

She was a perfect ten match for a little boy with brain lesions and a deadly diagnosis - adrenoleukodystrophy. She didn't know who he was, just that he needed her stem cells if he had any chance of survival.

"I was at work and I get this call from DKMS saying, hey, I've been a match to this little boy that needs my help," Jessica said.

It was an urgent case and Jessica was flown to Washington, D.C. for the donation process. She says it was basically like giving blood. "It wasn't too bad and I would do it again in a heartbeat."

And then she found out a few months later the patient was doing well. 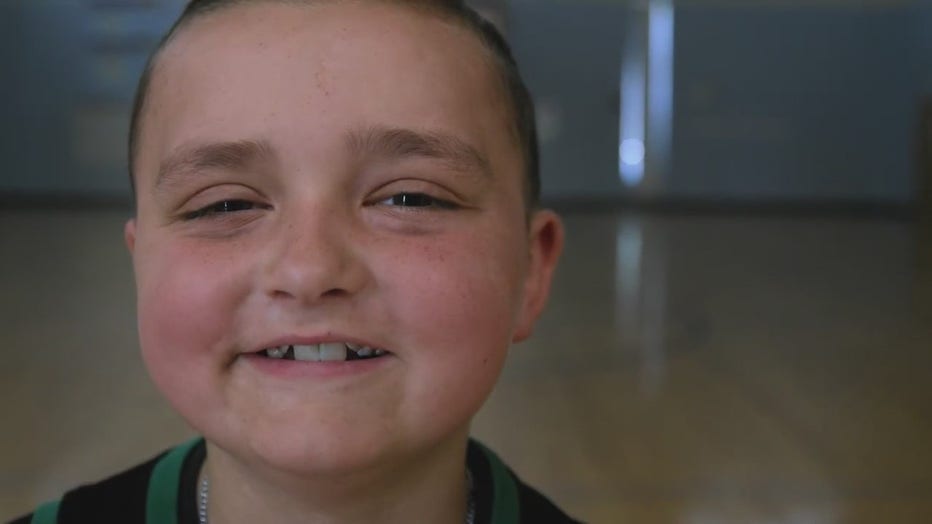 "All I could think about was, oh my God, it actually worked; he survived. I was on cloud nine for a couple days after that and I think about a week later, or two weeks later, I actually got a card from them."

It's a thank you card she still has and they kept in touch. But this year they finally met during a DKMS gala held virtually because of COVID. Hugh Jackman even dropped by to congratulate everyone.

"You are so strong, so courageous, all of you," he said. He's played a superhero on screen but for Grady's family, Jessica actually is one.

"You are a hero. Grady wouldn't be here today if not for you. You saved his life," Jill said.

"It really made me realize just how important my donation was," Jessica said. "It was just so emotional."

They hope to meet in person someday and until then they hope more people will join the bone marrow registry.

"You never know if you could be that person's savior, their angel - however you'd like to explain it," Jessica said.