Dylan was inspired by the street-side free libraries- so he decided to make one. Which expanded into a pet food pantry, and a blessing box food pantry.

WARREN, Mich. (FOX 2) - In Warren a special needs teen is being recognized for giving back to the community.

"We got kids books adults books we just separate them based on what they are," said Dylan Soucy. "We've got canned fruit, baby food, milk, juice boxes."

"Because people were struggling during the pandemic and I figured I might as well help him out," he said.

That was four years ago when Dylan was 13.

"That's for the pet food pantry down here.  We got canned dog food cat food, we got treats we got toys," he said.

Dylan, now 17 from Warren, was inspired by the street side free libraries-so he decided to make one. Which expanded into a pet food pantry, and a blessing box food pantry.

Dylan's parents converted their garage into a storage facility to replenish the free food. 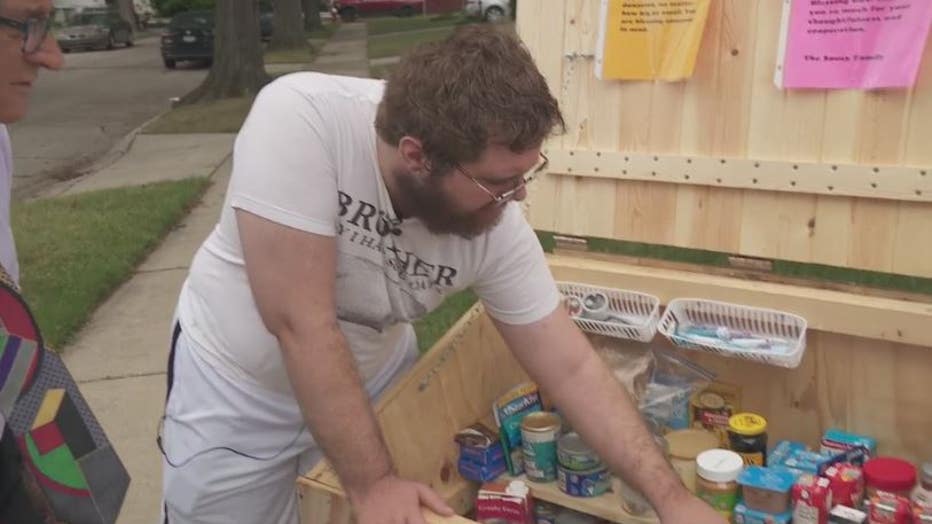 "Spam, we're out of Spam, we need a lot of protein-just not tuna. And we can always use bread because we go through bread very quickly," he added.

Dylan's efforts got the attention of Mayor Jim Fouts.

"I think Dylan is an example of what Harry Truman spoke about," Fouts said.

"I get calls every day and they say - mayor Fouts, I can't afford to make my house payment, can you help me out?"

And because of Dylan's efforts, The mayor's office will begin to accept food and books and pet food to help Dylan.

"We're getting donations from the store as well as New Hampshire," he said.

But there's more to the story- and Dylan.

"He was classified as Asperger's, which is autism, but now they call it the autism spectrum disorder," said Kris Soucy, his mother.

Yet Dylan functions at a very high level.

"If you notice, he doesn't make eye contact, affection is hard for him, making friends is difficult," she said. "So it's more of a social aspect for him in terms of autism."

Dylan will be a senior at Cousino high school in Warren next year.

"Oh, not only are the people enjoying it, but the dogs are too," he added. 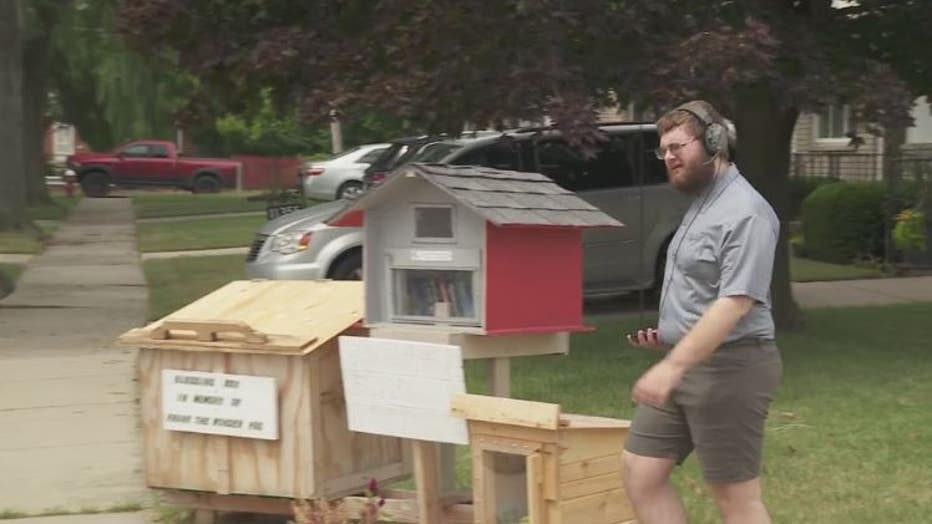