A driver who crashed into a state trooper north of Lansing was later arrested with having a gun and cocaine.

FOX 2 - A traffic stop took a threatening turn for a Michigan State Police trooper north of Lansing on Friday.

The trooper tried to pull over a driver going 97 miles an hour on I-69 -- but they refused to stop. Then, in Shiawassee County -- an MSP trooper tried to use stop sticks, but the driver crashed into the patrol car.

The driver got out and ran -- but was later caught.

The suspect is now facing a long list of charges -- including having no driver's license, felony firearm, and possession of cocaine.

There were no injuries. 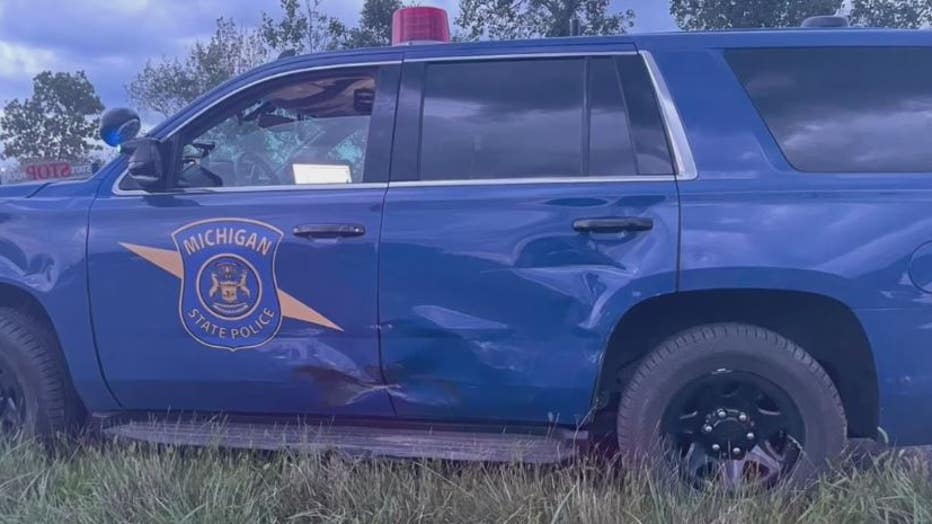