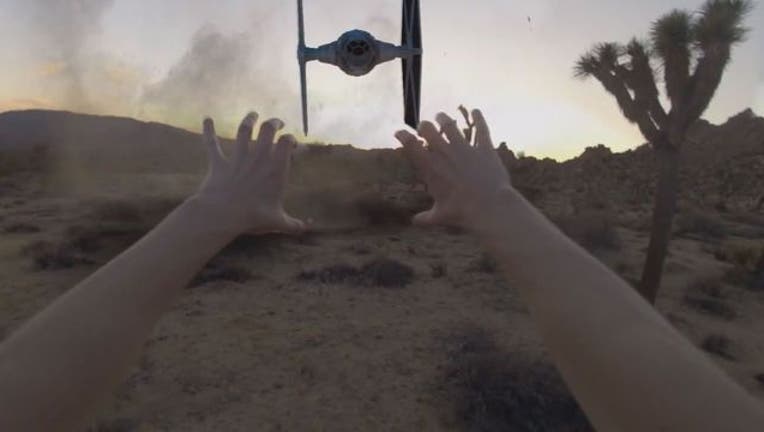 We're getting closer and closer to feeling the force.

Star Wars fans can rejoice, for in a galaxy not so far away we are getting an up-close view of fantasy favorite.

Putting a GoPro to good use, a fan-made video now puts us in the action of a Jedi.

Watch as blaster shots are deflected, TIE fighters are torn apart and even an Imperial walker is confronted. The accuracy of storm troopers may be exaggerated in the video as Star Wars fans may call into question why so many of their shots were on target.

But with real-life adaptations taking us closer and closer to the conflict, one can hardly argue with any inaccuracy's portrayed.