DETROIT (FOX 2) - When the strike first started, people were out in t-shirts and shorts, however, they're bundled up around a fire now. Closing in on a month and some good news for these workers came though, in the form of 25 extra dollars a week in strike pay.

Workers in the UAW strike were once out in shorts and t-shirts back when the strike first started. But now the temperatures have dropped and the workers are bundled up and and excited of the good news of earning an extra $25 a week in strike pay.

The 10 percent increase comes as the UAW awaits a response on a counter-proposal to the offer GM put out Monday. UAW VP Terry Dittes says if GM accepts, that's a tentative agreement.

"Personally I did save just in case,” Tae Crump said.

The mood was upbeat out at the picket line Saturday in Hamtramck because of that pay increase and they learned the UAW lifted restrictions on earnings with a part-time job during the strike as long as they show up to the line.

Fox 2: Is that something you would explore?”

“Not yet, I still got a little saved,” Crump said.

But, he says logistics of finding a part-time job right now could be a problem. 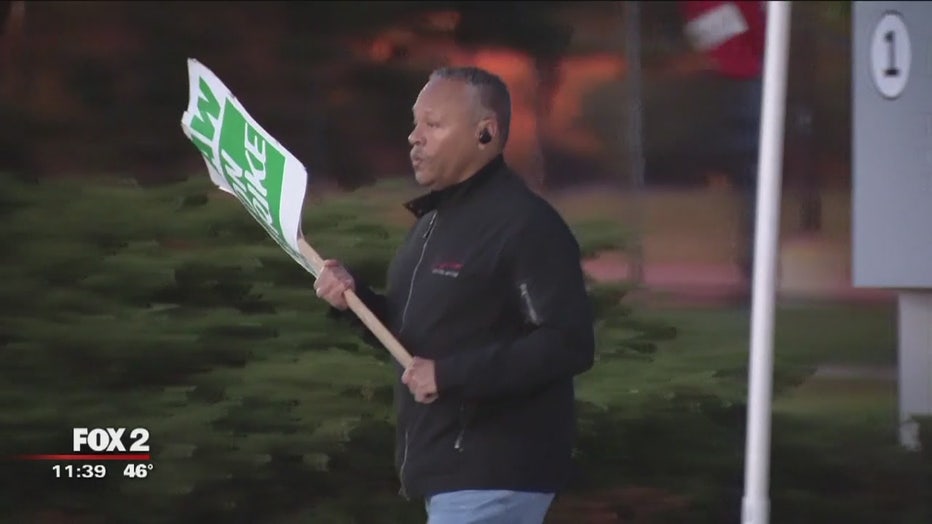 “You got to go through the whole interview process and wait."

“Every other day,” he said.

Not everyone was able to prepare like Tae and his family.

“Right now I'm just struggling to make it to the picket line,” he said.

William Sharpe, a full-time employee, here in solidarity, but worries at home.

“I have a wife and 5 kids so I wasn't prepared for this at all, I'm still check to check,” Sharpe said.