LANSING, Mich. (FOX 2) - Unlock Michigan - the group which said Governor Gretchen Whitmer's Covid lockdowns were a threat to our livelihoods and constitutional liberties, are one step closer to freeing the state from a 1945 Emergency Powers Law.

It is a move some feel will leave the people of Michigan at risk.

Critics of the governor are not happy with the health and safety restrictions she ordered during the pandemic, pushing a petition to repeal the Emergency Powers of Governor Act.

"In an emergency, you need to be able to move fast, we are putting people in the whole state at risk by taking that away," said State Sen. Rosemary Bayer (D-Beverly Hills).

"She operated for months and months just stroking off different executive orders making dramatic changes," said State Sen. Jim Runestad (R-White Lake). "Much of which made no sense at all, which we felt was dangerous - like the nursing home policy."

Critics of the governor is not happy with the health and safety restrictions she ordered during the pandemic, pushing a petition to repeal the Emergency Powers of Governor Act.

Under Michigan law they just need to collect enough signatures to seek approval from the legislature. The State Senate voted along party lines in favor and the House is expected to do the same.

If approved, the governor can still issue emergency orders for 28 days, but after that the governor must seek approval from the legislature to extend her orders.

"Many things we feel the governor did, we would agree with, there is other things we totally disagreed with - the whole purpose of having a divided government is having a discussion of what is the best thing," Runestad said.

"We are going to have other emergencies, we've had this bill since 1945 and never had a problem with what governors were suppose to do," Bayer said.

Sen. Bayer feels this petition is putting politics before people, especially because of how the Unlock Michigan signatures were collected. 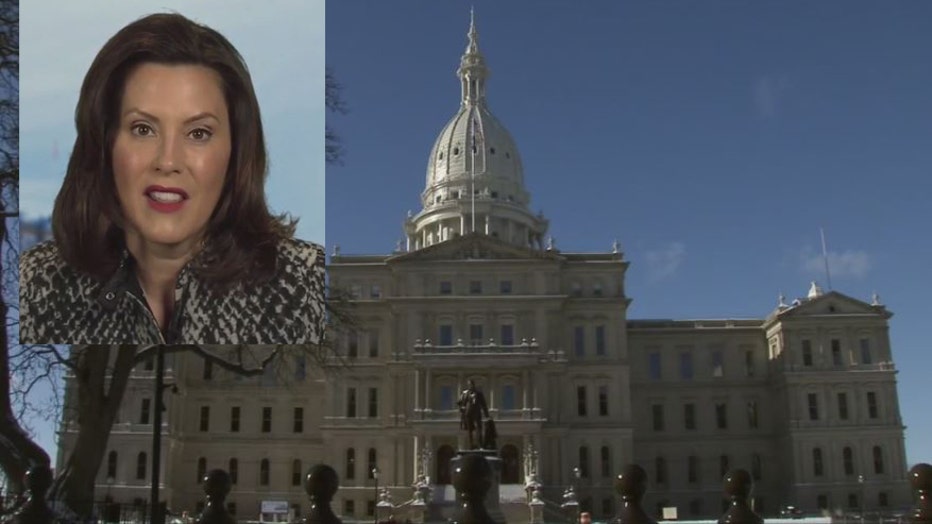 Attorney General Dana Nessel investigated and said there were "sleazy tactics" but admitted that no criminal charges would be issued against the organizers.

"The legislature wants to protect people as much as the governor wants to, it is our lives, our kids, our grandkids. We would be very involved in protecting the people of Michigan," said Runestad.

"That is absurd, our governor has done an amazing job, and continues to do that," Bayer said. "We are coming out of this pandemic one of the strongest states in the nation."

Under the Michigan constitution, if the State House also approves the proposal, it becomes a law and does not need the governor's signature and she cannot veto it.