After the tragic mass shooting at Oxford High School on Nov. 30, some lawmakers are making their case for new laws limiting magazine sizes in Michigan.

FOX 2 - Gun control advocates want the state's Republican legislature to reduce the number of bullets in magazines but one key pro-gun lawmaker retorts, more laws are not needed since mass shooting are a mental health, not a gun issue.

Ripple effects from the tragic mass school shooting in Oxford continue in Lansing. Gun control lawmakers say that five of the deadliest shootings over the last decade involved the use of assault weapons able to fire off multiple rounds in an instant.

"Research has shown that states with these limitations on magazine size, experience mass shootings less than half the rate of states that do not," she said.

Doctor Sharon Swindle argues, those who survive these shootings have their own medical challenges.

"There are also thousands upon thousands who are secondary victims," she said. "The witnesses of violence can have a life long effect on mental health, physical health and school performance along with PTSD and violent behavior."

Pro-gun lawmaker State Rep. Phil Green (R-District 84) argues that the Oxford tragedy is not a gun issue - it is a mental health issue.

"Anybody who has this type of inkling and leaning, that they are going to go in a shooting spree against people has some type of mental illnesss," Green said. "There was something wrong. This was not an individual functioning in the correct mental status as a human being."

State Rep. Linda Carter (D-6th District) saw her nephew and her son die as a result of gun violence and says this about assault weapons.

"Magazines that can hold more than 10 rounds are designed to do one thing only - which is to kill as many animals and human as quickly as possible in the shortest amount of time," Carter said.

Rep. Green argues the alleged shooter in Oxford allegedly broke nine laws that were already on the books - so why pass more.

"What could we have done more legally? Create another law for him to break," he said. "Laws are not going to solve moral problems."

These pro-gun safety folks believe more laws will save lives.  There will be movement on any new legislation until next year. 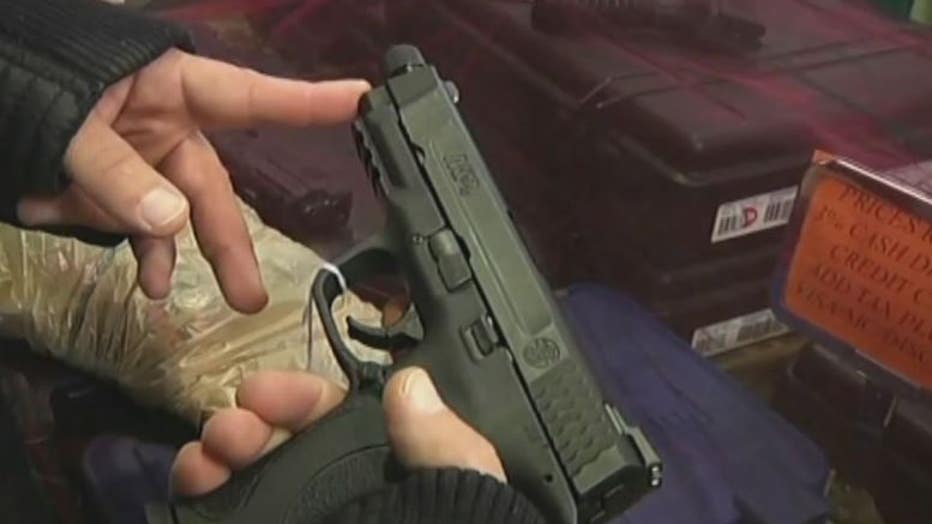