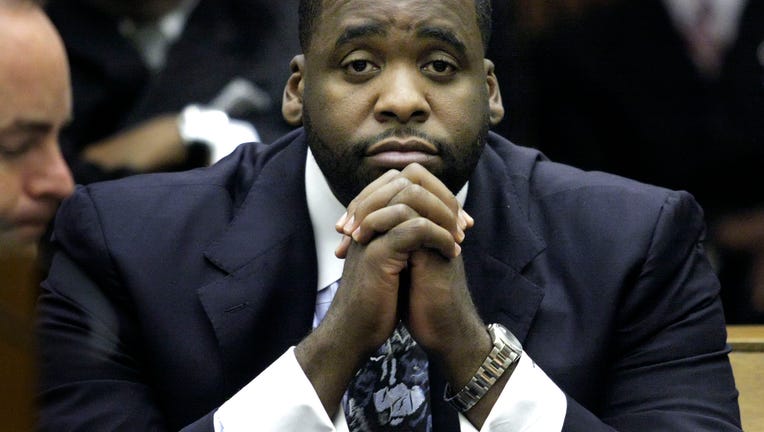 DETROIT - OCTOBER 28: Former Detroit Mayor Kwame Kilpatrick appears in Wayne County Circuit Court for his sentencing October 28, 2008 in Detroit, Michigan. Kilpatrick will spend 4 months in jail as part of a plea deal he accepted back in September in

Rep. Sherry Gay-Dagnogo was invited to the National African American History Month Celebration at the White House Thursday. While there, she hopes to personally deliver the letter to Trump or members of his administration.

"No one is arguing the former mayor's guilt or innocence," Gay-Dagnogo said in a press release. But rather she hopes this will open up a conversation about "the disproportionate sentencing that men of color experience at every level of the system,"

Kilpatrick was convicted on 24 counts of bribery and other corruption offenses back in 2013. He was sentenced to 28 years behind bars and isn't expected to be released until 2037.

"We don't have to agree on every issue, or even a majority of issues, to see the plain facts of this situation and recognize that those who issued Mr. Kilpatrick's sentence sought to make an example out of a powerful but flawed black man. This discussion is about changing that example to one of second chances and rehabilitation - the same opportunities he has given to a number of other recently incarcerated individuals," Gay-Dagnogo continued of President Trump.

This is a developing story. Stay with us for details.

Editor's note: an earlier version of this story incorrectly stated it was a pardon letter instead of a clemency letter