STERLING HEIGHTS, Mich. (FOX 2) - Sterling Heights is the fourth-largest city in Michigan - and although marijuana is legal in the state, there are no places to buy it there. Yet.

"This is totally ridiculous to have this come into Sterling Heights. It’s totally unnecessary and it’s totally unwanted," said one woman at the meeting.

"I think I can proudly say my kids have not been involved in drugs, but now you want to sell marijuana in the community when Sterling Heights is a family-oriented city," said resident Heidi Allen. "We’d like to keep it that way."

Officials say such facilities are not allowed per city ordinance now. The question is whether the people would be open to changing that. The public forum saw feelings split down the middle.

Williams said he plans to open a dispensary here if the city council ever gives the green light.  He thinks naysayers just need to keep an open mind.

"This is not going away," said another resident at the meeting. "This is mainstream. This can provide good paying jobs for citizens in Sterling Heights and surrounding communities, and we seriously need to consider this."

One thing is clear - dispensaries are big business.  We saw two of them over in neighboring Utica and clients were steadily rolling through.

But many say that's close enough. For now, city leaders say it’s just about collecting feedback before a joint decision is made.

"We’ve taken good notes here tonight," said City Manager Mark Vanderpool. "And you can rest assured that your comments will be in our final report."

The mayor and city council will get the first draft of that report on Sept 30th, the final version will be issued at the end of October - and then it will be in the council’s hands to see if they want to take any action. 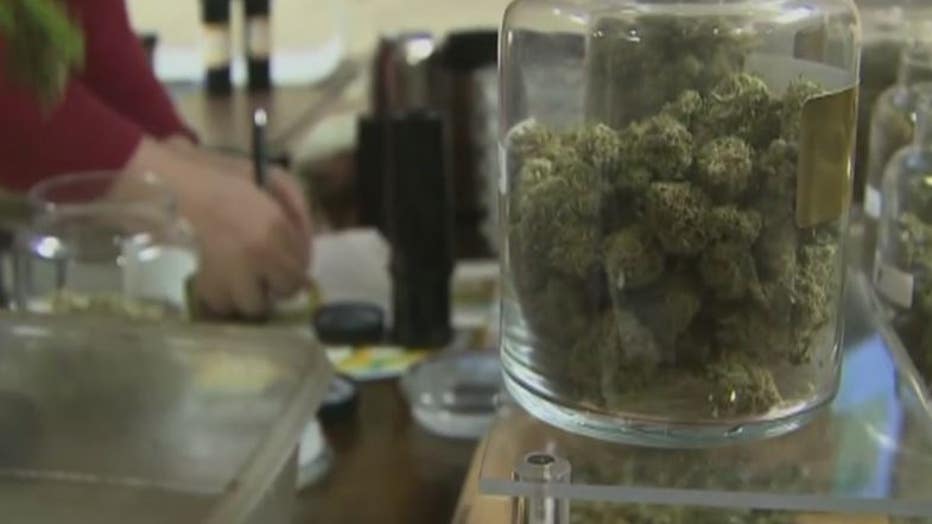