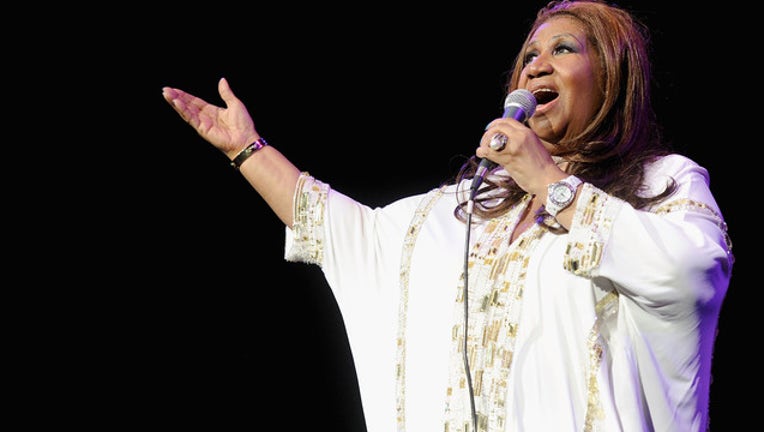 Aretha Franklin's funeral will be fit for a queen as she will be honored by some of the most influential people in music for the past 50 years.

The list was provided to The Associated Press by Franklin's longtime publicist, Gwendolyn Quinn.

The service will reflect Franklin's strong gospel roots. Among the gospel stars performing will be Marvin Sapp and Vanessa Bell Armstrong. The Aretha Franklin Choir and the Aretha Franklin Celebration Choir are also on the program.

The service will be held at Greater Grace Temple. Franklin died of pancreatic cancer last Thursday at age 76.

Franklin's funeral, which is reserved for just close friends and family, is set for Friday, August 31 at Greater Grace Temple in Detroit. The public is invited, though, to a viewing at the Charles H. Wright Museum of African American History on Tuesday and Wednesday from 9 a.m. - 9 p.m.

The same farewell was given to civil rights icon Rosa Parks in 2005. Her body lied in repose at the museum, followed by her funeral at Greater Grace Temple. Thousands came to pay their respects, and the same is anticipated for Franklin.

Her hometown church also added a public viewing on Thursday from noon to 4 p.m. Franklin grew up worshipping at New Bethel Baptist Church on Linwood, where her father was also a pastor. A gospel tribute concert to the Queen of Soul has also been announced at the church, and will take place on Monday, August 27 at 6 p.m.

Franklin will be entombed at Woodlawn Cemetery in Detroit, along with her father Rev. C.L. Franklin; sisters Carolyn Franklin and Erma Franklin; brother Cecil Franklin; and nephew Thomas Garrett.