The summer's first major storm did a number on Detroit's east side and Grosse Pointe Farms Wednesday.

GROSSE POINTE, Mich. (FOX 2) - After severe storms rolled through southeastern Michigan, some residential areas on the east side suffered toppled trees, power outages and plenty of clean up.

The summer's first major storm did a number on Detroit's east side and Grosse Pointe Farms Wednesday.

"It sounded like a loud boom," said Detroit resident Claude Parker. "I didn't pay any attention to it until I checked the mail, and I noticed this (tree down)."

Strong winds downed power lines and uprooted trees-leaving some on garages and houses.

"I saw that my sunroom was blowing off of its foundation, off the house," said Justin Macksoud. "It was in half, it had an upper half and a lower half. Almost like a mouth, chomping up and down. And when it went up one final time, I noticed there was a tree laying there. I looked in the backyard and my oak and my maple had knocked each other and left giant holes in the concrete."

Jan Slowik wonders if a huge branch would have fallen on her garage had DTE Energy trimmed the tree beforehand. 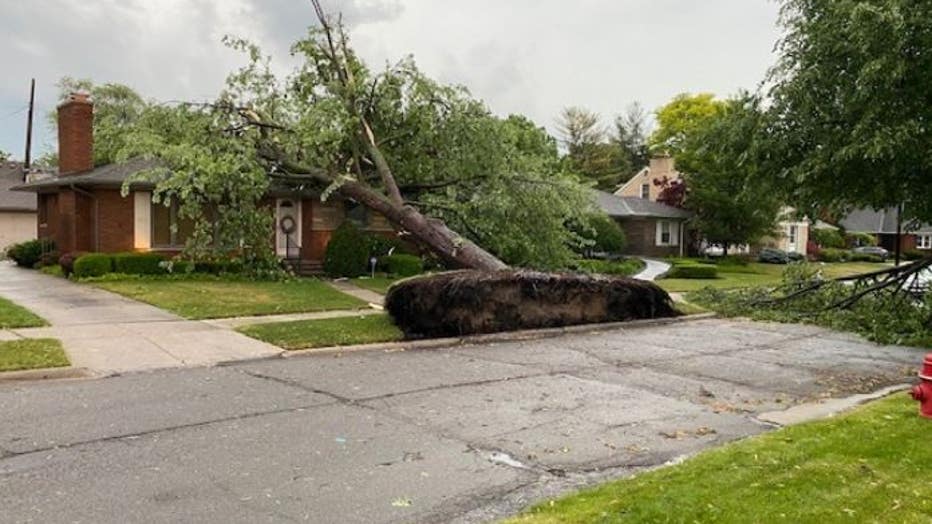 "My husband thinks it has cockeyed it off the foundation, because it hit so hard that it went through the roof," she said of the tree on her garage.

Some residents on Allard in Grosse Pointe Farms are counting their blessings. They say a newly installed gas line remained intact as this tree was uprooted.

"It was very scary, if it had blown up we would have had a problem, a major problem," said Elias Lada, Grosse Pointe Farms resident.

For many the storm damage is a major setback.

Kilolo Williams already stressed from her job at a hospital during the COVID-19 crisis is now dealing with another headache.

Storm damage leaves trees down across Grosse Pointe and east side

Severe weather did some of the most damage in southeast Michigan on the east side Wednesday night.

"The ceiling caved in," she said. "The sunporch, my brand new air conditioner unit that I just got fixed, it is smashed up. I don't know where I am going to go from here."

Track outages near your house with the DTE outage map

Track outages near your house with the Consumers outage map 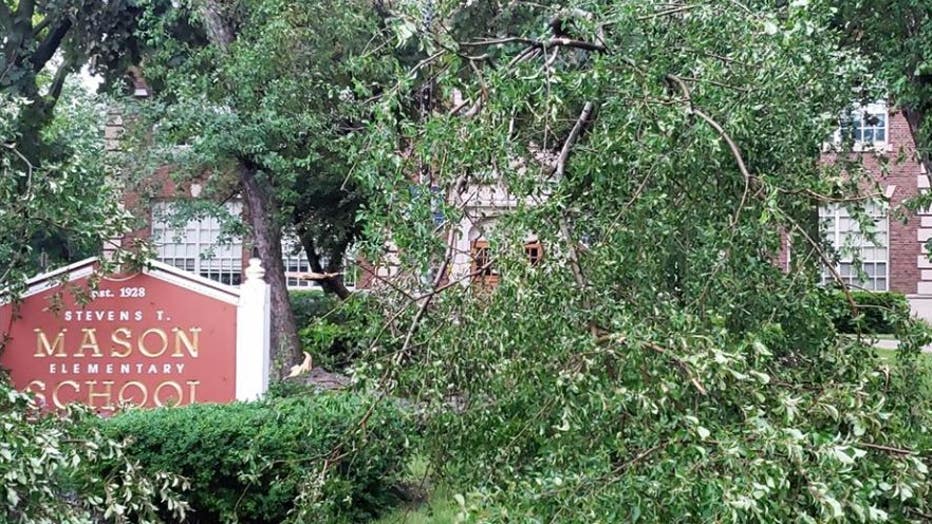