Crews were working hard near E. 10 mile and Groesbeck near Eastpointe to get the lights back on. Peak wind gusts went between 35 miles per hour all the way up to 58 miles per hour at Detroit Metro Airport, according to The National Weather Service.

Strong winds left behind plenty of headaches around the Detroit area Monday. The Auburn Hills Fire Department says power lines fell onto this vehicle - setting it on fire.

And in Warren, crews cleared large fallen tree limbs while homeowners spent a couple afternoon hours in the dark.

Frank Figurski said he wasn't surprised by the power outages.

"It seems like they're happening more often now so you almost get used to them," Figurski said. 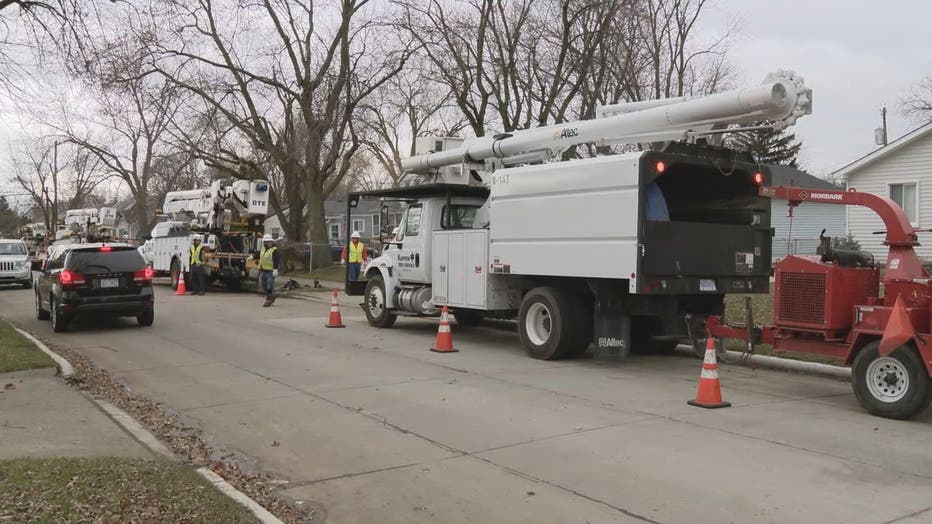 Over in St. Clair Shores, others near 13 Mile and Harper lost power at about 6 a.m. while they slept. Phil, who uses a medical device to help him breathe at night, says it went off when the power went out and he woke right up.

"It was so quick," he said. "I just thought to get up now. I sat in a chair in the living room to keep from having a problem."

Thankfully for Frank and Phil the lights came back on. and from here on out both say they are planning to make some adjustments so they’re ready for the next time power goes out. 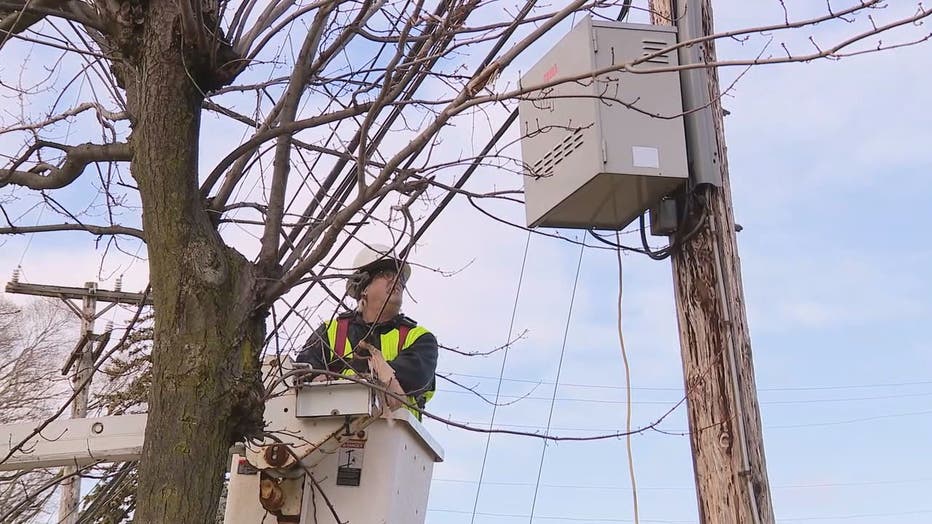