If you've been putting off your daily dose of exercise, this story may motivate you to go for a brisk walk ASAP.

"Even the latest study suggests exercise is one of the keys to a long life span - no question about it," Dr. Barry Franklin tells us. He's the director of cardiac rehab at Beaumont Hospital.

What’s the secret to a long healthy life? There’s no secret.

Turns out, a brisk 10-minute walk can do a lot to increase life expectancy. Those with regular exercise tended to increase their lives by seven-to-eight years.

That sounds good, but how much exercise are we talking?

"A recent study came out and showed at the age of 50 - if people were very physically active they could expect seven-eight years expectancy. So that really says it all: being physically active, physically fit has anti-aging effects," Dr. Franklin says. "People who regularly exercise are usually leaner, have fewer problems with diabetes, their blood pressure is lower, their cholesterol is lower so all those factors have a profound impact on increasing longevity."

Remember walking is considered one of the most underrated exercises - and you don't have to get in your recommended 30 minutes a day all at once.

"I used to say you had to do it all at one time; I was wrong. There's new studies that suggest you can break it up. Three 10 minute bouts give you the same benefit as one 30 minute bout," Dr. Franklin says.

So when you ask the question what's the secret to living a long healthy life? There's is no secret. 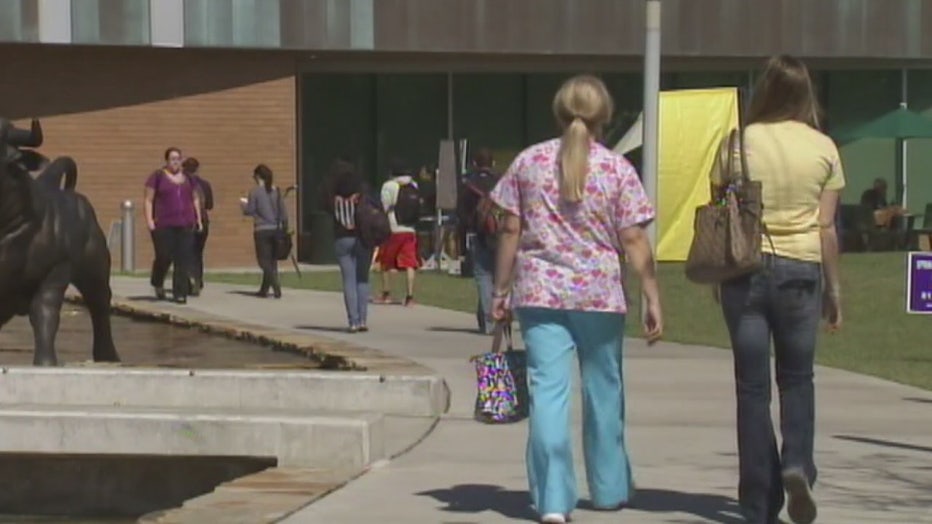 "If we look at the people who are 80, 90, 100 years of age they have several characteristics - they don't smoke; they put family first; they're regularly physically active; they eat lots of fruits, veggies, and whole grains. Those are the keys," said Franklin.

Dr. Franklin says walking at a three-mile per hour pace is considered pretty good. So if you're on the treadmill that's the setting you're aiming for.

You can start out very slow, with a five-minute walk and just keep adding on to when you're eventually at thirty minutes per day.