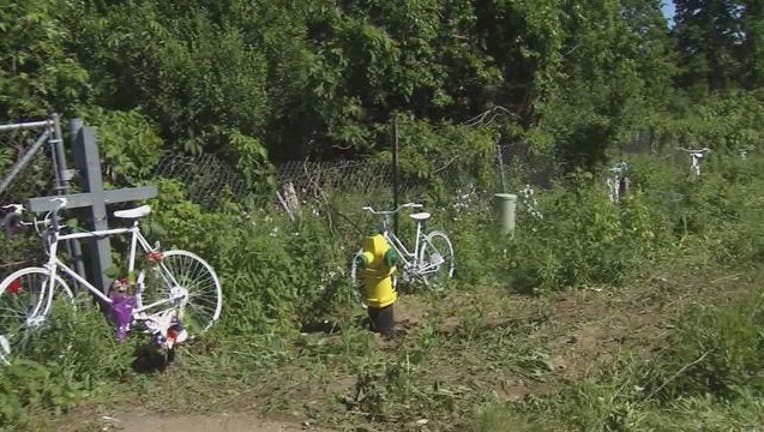 KALAMAZOO, Mich. (AP) - The four survivors of a Michigan bike crash that killed five cyclists say they've been dealing with lasting physical and psychological trauma in the year since the accident.

Wednesday marks the first anniversary of the crash in which cyclists with the Chain Gang Bicycle Club were struck from behind by a pickup truck in Kalamazoo.

Police said the truck's driver, Charles Pickett Jr., ingested handfuls of pain pills and muscle relaxers before the accident. Five cyclists died at the scene, while the other four were severely injured.

"It was a pretty grim and unfortunate realization that it was the four of us in the front that survived," survivor Paul Gobble said.

Gobble was wearing a helmet when he was struck, but he still sustained a shearing brain injury, a broken leg, broken ribs and fractured vertebrae in his neck and back.

He said he still deals with a numbed feeling, general pain and endurance issues, but he can ride again.

"I am humbled and amazed that I have been through what I have been through and recovered as I have," Gobble said. "It is fascinating when I speak with the doctors and they talk about the brain, and it has a lot of capacity to adapt or be fixed. While I still have challenges that I deal with, I am comforted."

Gobble now carries a video camera with him on rides to record his trips in case he's struck again. He said the cameras are becoming more common to record aggressive drivers.

Pickett is charged with 14 felonies, including second-degree murder and driving under the influence. His trial is scheduled for September.