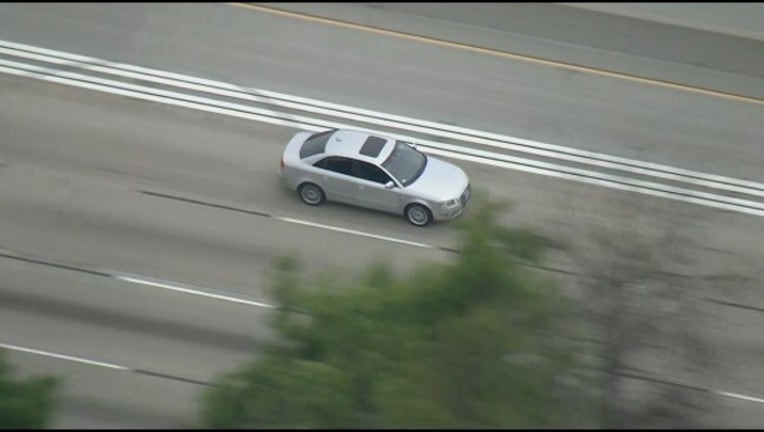 ARTESIA, Calif. (FOX 11 / CNS) - Authorities on Tuesday arrested a man who led them on a chase from Santa Ana to Bellflower in a car that had been reported stolen.

The chase ended about 11:25 a.m. after authorities used a police PIT maneuver to force the Audi sedan to a stop on the Clark Avenue on-ramp to the eastbound Artesia (91) Freeway in Bellflower.

Somewhere along the way, a passenger reportedly got out of the car. It was unclear if that person had been taken into custody.

About 10:55 a.m., the driver exited the 605 Freeway in Bellflower, and went onto surface streets, at one point becoming hemmed in temporarily by law enforcement vehicles. The motorist forced the car past the patrol units, and kept going.

About 11:15 a.m., the suspect drove the Audi onto the Clark Avenue on- ramp to the eastbound 91 Freeway, where a patrol car pushed the rear end of the car sideways, spinning it out and forcing it to a stop.

After a standoff that lasted about 10 minutes, the motorist got out of the car and surrendered without further incident. His name was not immediately released.